Can Music Make you a Better Poker Player? 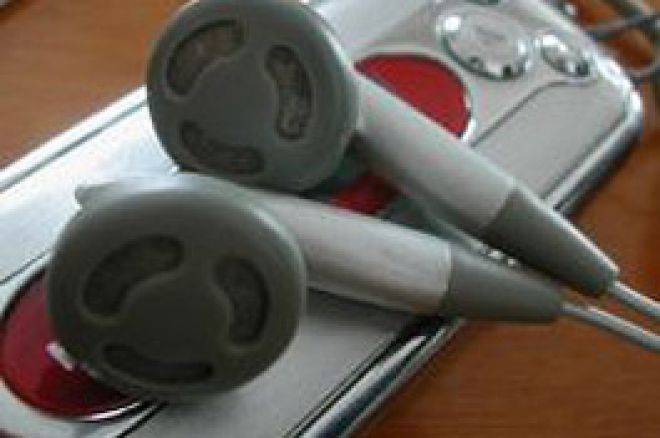 It seems that nowadays, it is impossible to walk into a card room without witnessing a sea of music devices and headphones. Music plays an integral role in entertaining us throughout our day, and playing poker is no exception. Most people play music simply to pass the time. However, using the principles of psychology, could music be utilized as a much more powerful tool and actually help you become a better poker player?

To explain a bit, music can serve as an incredibly powerful psychological phenomenon, to the extent that hearing a certain musical stimulus can physically change one's mood. For example, hearing a song again that you danced to at your wedding, had your first kiss to, or won your first poker tournament during can oftentimes put you back in that same state of mind that you had experienced some time ago.

These are all examples of classical conditioning, which is the psychological concept that it is possible to pair a certain stimulus to a corresponding physical or mental response. To get an idea of this, think of a dog that runs to the door every time it hears the word "walk." The dog has mentally paired the stimulus of hearing the word "walk" to the response of taking a walk after thousands of times of experiencing the correlation.

Many tournament players already unknowingly use classical conditioning to a certain extent. Pros such as Phil Gordon, John D'Agostino, Robert Williamson, and Annie Duke will play certain genres of music to correspond to different levels in a tournament and the different gears of play that each level requires, whether it is tight, loose, aggressive, or, well probably never passive. Antonio Esfandiari, for example, notes, "If I'm stuck, I'll listen to mellow music. If I'm winning and playing good, I'll listen to Eminem, like {Lose Yourself}" Fellow pro Annie Duke confesses that when short-stacked and needing to gamble, she will put on the White Stripes' "Seven Nation Army."

While the pros' choice of music may seem trivial, on a deeper psychological level, they are essentially conditioning themselves to pair a certain type of music to an appropriate mood. The reason this is important is because poker is a game that is largely dependent on making the right mental decisions, and being in the wrong mood can oftentimes be devastating, as anyone on tilt can attest to. Having the discipline to stay mentally acute while playing poker is a highly sought-after skill in poker, and the pros are partially doing this by listening to music.

Another example of the importance of mindset in poker is evident when players are running bad. Streaks of running bad are oftentimes prolonged because the loss of confidence can lead to not believing in your reads or unnecessarily tinkering with your game, thus making you play even worse. Could music, then, help in restoring confidence and alleviating the symptoms of running bad?

Recently, while running incredibly bad for the span of many months, poker professional Joe Sebok complained about lacking confidence and second-guessing his decisions. Using the idea of classical conditioning, I traded e-mails with Joe, and we discussed that perhaps he could revive the stimulus from an old playlist taken when he was running good and recreate the positive mental response that he had at that time in order to play with more confidence.

Joe responded, "Your suggestion is actually a really good one, and one that I have studied actually a little. In psychology there are tons of concepts like this, i.e. basically just creating an environment where you remember yourself performing and getting back to it. It hadn't occurred to me, but I am going to give it a try."

The result? The very next day, Joe won the $1500 buyin Mirage tournament and won the $2400 buyin Heavenly Hold 'em Championship event less than two weeks later for a total cash of over $350,000, noting, 'I did actually go back to some old stuff that I was listening to a few months back. It seems to have worked! Thanks for the suggestion.'

Music is an incredibly important feature in our lives, and it may be possible to incorporate it into an even more vital role at the poker tables. Music to get your confidence back, get off tilt, become looser, or tighten up could all be theoretically conditioned with enough experience and a strong enough stimulus/response pairing. Until next time, I'll be conditioning myself at the poker tables, trying to get by with a little help from my friends.

Ed Note: Listen to the sweetest music you have ever heard – the sound of you winning when you play poker at Absolute Poker.