Phil Hellmuth Brings you Poker on Your iPod 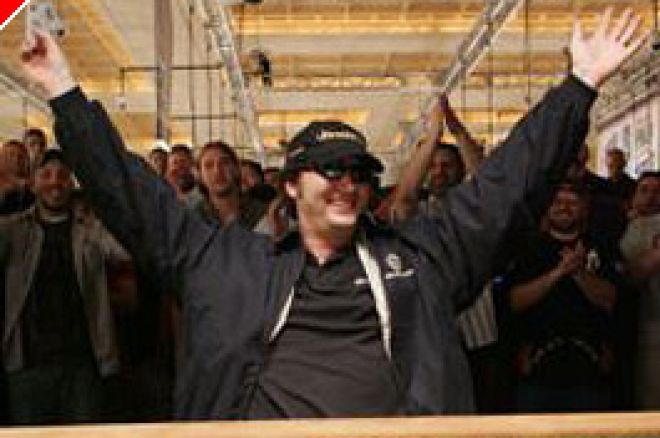 With his record of 10 World Series of Poker bracelets in Hold 'Em on his long list of poker feats, few people can argue that Phil Hellmuth Jr. is one of the most skilled and accomplished players to ever play the game. Hellmuth may also be one of the most skilled in the business-end of poker, as well. Since the beginnings of the boom in popularity of the game, Phil has been actively self-promoting in order to find a way to propel his "Poker Brat" image to the forefront. With that, he's become one of the most recognizable and controversial faces in any sport and one of the most marketable in all of poker. Perhaps that is why a company that has recently broken into the gaming and poker world decided to lean upon Hellmuth to lead their foray into our sport of poker.

Iamplify.com has made a name for itself in the online world via its self-help and informational downloads. Users to their website can download experts offering healthy eating ideas &amp; workout routines, tips on effective parenting, advice on overcoming a fear of flying, insights into investing, and videos displaying how to patch a poor golf swing. Now they also have a section on poker, headlined by Hellmuth's "White to Black Belt Poker Course." Designed to be downloaded to the laptop computer and MP3 player, this may be the very first major poker instructional effort to be delivered in this portable method.

The "White to Black Belt" notion of this course alludes to the belts earned in Karate and Martial Arts. The concept is that the watcher of the videos is to earn higher level belts as they master the concepts of each session. White Belt instruction involves some of the basics of the game, while the Black Belt section involves some of the intricacies of money management and advanced theories of high-level poker. Along the way, concepts such as pot odds, position, tells, psychology, hand selection, bluffing, and more is hit upon as students ascend through the Yellow, Orange, Brown, and other colored belts.

With his typical flare, Phil told me why he thinks people will like getting their poker instruction on their iPod, "[You can] study up on the train, your next flight to Vegas or commuting to work. There is all new Phil Hellmuth strategy here, especially in the black belt portion of the course, and it's worth its cyber weight in gold!"

The tuition for Phil's course runs about $150 for the whole package. That gets you about 4 and ½ hours of downloads, which is a total of 48 downloads consisting of a mix of instruction with some interesting and fun personal stories from the tournament trail. That fee also gives you the opportunity to participate in a live tele-conference with Hellmuth himself. It is also possible to download instruction for individual belts at costs of $10-$80 each, depending on the breath and length of the individual belt.

Hellmuth's course is not the only game in town for iAmplify, though. Poker players have given rave reviews to Joe Navarro's downloadable course, as well. Joe is a retired FBI counterintelligence and counterterrorism agent who literally has been trained to read people. He's used his training to catch spies and criminals throughout his career, and has linked that same psychology to reading the tells of poker players. Joe explained, "I want people to observe the world as a trained professional sees the world. By understanding how the brain works (the reactive v. thinking brain) the student will be able to better decipher nonverbal behaviors whether playing at the poker table or sitting at a boardroom table. All nonverbal behavior is governed by the brain. Knowing that will help you to understand why we bite out lips, stroke our hair, chew on fingers, tilt our heads, rub our hands, or interlace our fingers. At the poker table or negotiating table this can be very important to an observer who is trying to determine what's in his head. Students will also learn how to better observe the world around them and decode the behaviors they see in context. It's not good enough to just see a behavior (a hand steeple), the question is what does it mean (high confidence). Wouldn't you love to be able to tell someone is weak in a poker hand by merely where he places his thumbs? Well that is what these videos are all about. Knowing what to look for, where to look, and letting a newfound knowledge of how the brain works support your confidence in decoding poker tells."

He calls his course, "Read 'Em and Reap: A Spy Catcher's Video Guide to Reading Tells." The fee to download his 1 and ½ hours of instruction is about $130. Navarro hits on some concepts in this video that really have never been done before, linking some of the science of psychology to the poker felt. It is pretty clear that more advanced poker players might have an interest in this one. The CEO of iAmplify, Murray Hidary, was pretty excited about this course when he recently contacted me, "Joe Navarro's Read 'Em &amp; Reap Video Course is unprecedented on many levels. This 26 year veteran of the FBI's Counterintelligence division takes you inside the mind and body of your opponents and dissects in each download the tells that could make the difference between achieving a monster pot or going bust. This is very powerful stuff."

So, poker is on the newsstand, on your TV, all over the internet, and now it is available for your iPod as well. Information on Hellmuth's White to Black Belt Course is available at blackbeltphil.com. Joe Navarro's spy catcher download is in the gaming section at iAmplify.com.

Ed note: Phil might be wearing his Black Belt (and nothing else) right now while playing at Ultimate Bet