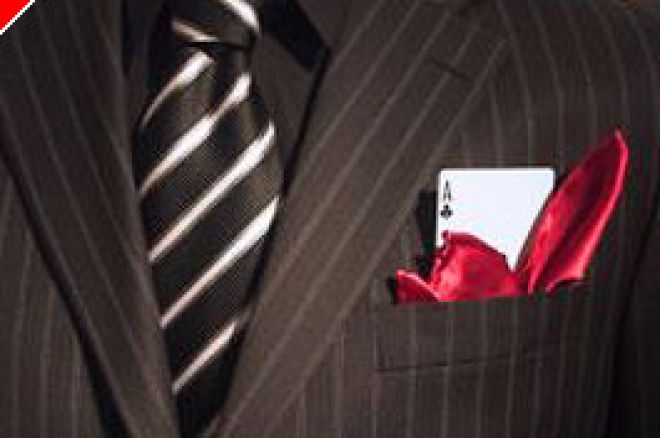 The Poker Players Alliance is the first really serious effort at a political membership group for poker players. Launched in 2005, it's designed to take the fight for poker freedom directly to Washington and politicians. The PPA has had positive support from around the poker world and is endorsed by major players. Though the organization was not able to prevent the UIGEA from happening, the PPA is doing everything it can to undo the damage. To this end, it has recently packed up and moved to Washington DC; promoted John Pappas, formerly vice president of government affairs, to executive director, and, earlier this year, signed on former senator Alfonse D'Amato as its chairman. Here's a conversation with the aforementioned executive director, Pappas, and his leadership vision for this important group in poker politics.

PokerNews: Tell us a little about the Poker Players Alliance and its purpose.

John Pappas: Well, the Poker Players Alliance is a non-profit membership organization comprised of online and offline poker players. Essentially our membership has joined together to speak with one voice, promote the game, to insure its integrity and protect the right of people to play poker.

We have near 700,000 members nationwide, all spread out throughout the country. Our ultimate goal is to clarify federal laws, and state laws when necessary, to insure that poker players have a secure, safe, regulated place to play poker.

PN: One of your goals is at least a million members; is that correct?

JP: It is. Our goal by the end of the year is to reach a million members. We are optimistic that we can still reach that goal. We are engaging in some new and creative ways to partner with a bunch of different affiliated poker organizations, et cetera, in order to raise awareness and recruit members.

PN: How did you come to be associated with the PPA originally?

JP: I was a consultant when the PPA was first formed in the summer of 2005. They brought out a PR firm in Washington DC to help them, and it happened to be the first I was working at. I was the lead on the account, and have basically been with the organization since its inception.

PN: How are your duties different as executive director from when you were vice president of government affairs?

JP: Well, I'll be overseeing and managing the overall operations of the organization rather than strictly looking at the lobbying activities, lobbying and grassroots – so that's the real difference. This goes everywhere from member communications to board member relations to recruitment of new members – kind of being a more public face for the organization when appropriate, when Sen. D'Amato's not available, et cetera.

PN: Will you be doing things differently than Michael Bolcerek did as president?

JP: I wouldn't say I'm approaching things differently, but I'm putting the focus on things where I think there needs to be a focus. I think we need to beef up our grassroots efforts, and I think there needs to be a better line of communication with our membership. And then also, I really see the value of aligning the PPA with so many in the community that are already established. The poker community can help build awareness to our organization. So those are the areas that I'm going to really focus on for the next several months. And of course, we have a really serious fight here in Washington that we're working on as well. We'll working on a couple fronts.

The reason for relocating the organization to DC was so that we could concentrate these efforts in one place rather than being bifurcated.

PN: There are four separate pieces of federal legislation involving poker. How can the PPA divide its resources enough to support all four, and do any of them seem to have a greater chance of success at this point?

JP: Well, to be clear, there's really only one piece of legislation that's specific to poker and games of skill. That is the Wexler bill, and that is the bill that the PPA promised to deliver to its members. As soon as the UIGEA passed in the dark of night last year, we were going to get an exemption. And that's exactly what the Skill Game Protection Act, HR 2610, introduced by Robert Wexler, seeks to do. So that is the only bill that's specific to poker.

The other – probably the best vehicle for movement at this point in time is the Barney Frank bill, and that is HR 2406. It look at not just poker, but all forms of Internet gaming. It creates a license and regulatory regime for Internet gaming to become a legal, U.S. regulated industry. I think that's a very positive development, and it also opens the door for potential taxation of the industry, which can reap in the billions of dollars annually to the federal government.

The other two bills – one is a tax bill, which could be, essentially – if the Barney Frank bill, or the Wexler bill, amended, ever became law, the tax bill would eventually become part of that, as kind of the revenue component to it. And then the fourth bill is Shelley Berkley's bill, which looks at a study for Internet gaming. We support Shelley's bill, but we believe it's the most conservative of the approaches, because it does not seek to legalize or clarify the laws, it only says to Congress that we should study the issue.

PN: Are there any presidential candidates that would create a more positive environment for poker, and are there any that would definitely make it more hostile?

JP: Well, one would only have to look at Ron Paul, who's a cosponsor of the Barney Frank bill and is running for President. Now, I think his presidency is a long shot. The PPA is not in a position, nor will it be endorsing any presidential candidates. I think the real goal here is to continue to educate all sitting members of Congress and those running for public office that there is a true and growing poker constituency out there and that they vote, and that their rights and opinions must be taken with the same weight as someone who is pro-Second Amendment, or pro-environment, or any other issue.

PN: Other than joining the PPA, what can poker players do as citizens to help fully legalize poker, especially online poker?

JP: Of course, them joining the PPA, contributing to the PPA and getting their friends to join and contribute is the first step, but it's not just about that. It's about talking about this issue with members of Congress given the opportunity, either by using the tools that we provide on our website, letter writing – it gives you all the information about your members of Congress. You can get the phone numbers and addresses and set up meetings, and try to seek out who your members of Congress are, when they're back home in their districts, and meet with them.