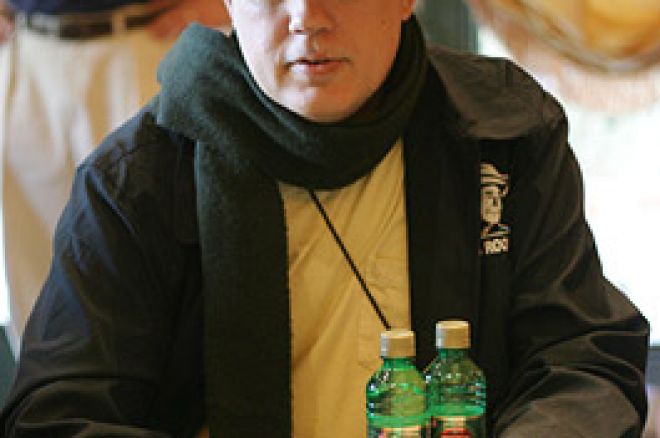 As readers likely know, I have given out bad marks for many poker book efforts in the past. Let me spend a few columns talking about books that I do like. Let's start with a new book that I predict will be an instant classic-- Kill Everyone by Lee Nelson, Tysen Streib and Kim Lee, with a foreword by WSOP main event and WPT tournament winner Joe Hachem.

Kill Everyone was just released by Huntington Press in Las Vegas and will soon be available in Australia and New Zealand. It is published by Monarch Media with an official release date of December 1, 2007. It can be ordered from Amazon.com or directly from the publisher, Huntington Press, at lasvegasadvisor.com.

Get this book. You will likely have to read and re-read it, for as Howard Schwartz (longtime owner of the Gambler's Book Club in Las Vegas) says: "This book, with some heady, heavy stuff, contains many charts and tables, a minimum of heavy mathematics and a trainload of food for thought requiring slow reading, much note-taking and underlining and patience to absorb some of the most important poker advice you'll ever get."

What he doesn't say merits pointing out as well. Even if you were to set all that very interesting and valuable material aside, the book is well worth reading. It gives a lot of practical useful advice along with actual anecdotes from real-time events that illustrate its points. I like having what I call the mathematical centerline for all my decisions. In a specific situation you might see something that makes you act, feel, or play differently than what is suggested, but in many instances you will know exactly what the computer would do to acheive an unexploitable equilibrium.

Let me explain that "unexploitable equilibrium" statement a little bit more. Using a Nash equilibrium the authors have worked out the correct play in a variety of situations, assuming that your opponent plays optimally. These plays are unexploitable for the simple reason that they're based on optimal play. But we all know that few, if any of us, play optimally. Nelson, Streib, and Lee present strategies to exploit these deviations from optimal play. The best exploitive play isn't necessarily the equilibrium play, although equilibrium play is an excellent, unexploitable default strategy. Bottom line is that you can learn how to exploit your opponents, but there is nothing they can do to exploit you in many circumstances. So if you are in a situation where you are facing an unknown player then you can use exactly that same mathematical centerline without any adjustment. "Equilibrium," as used by me, and by the authors of this book, refers to the "zero" point, the fulcrum from which it's correct to play a certain hand in a given position or to optimally size a bet.

Talk about giving away information! Here you have it! It took Doyle Brunson and other good players decades to get an approximation of this data, through sitting at the poker table for countless hours, and here it is in charts and tables for you. The difference is that you know exactly what the computer is telling you whereas if you were to collect the thoughts of a hundred excellent players you would get a consensus somewhat close to what's presented in Kill Everyone... but not exactly the same actions with the same hands, or range of hands. Frankly, I'm surprised that the authors revealed this information for general consumption rather than keeping it to themselves and utilizing it. If you are capable of taking this information in, and digesting it, and making it usable, then you are ready to play as well, or better than, the legends of the game! Amazing. I can't believe I even thought that, much less wrote it! But it's true. And it's a segue to the following quote:

"This book is amazing. I was not expecting the amount of math and theory that this book puts in front of me. I thought it would be a basic layout of tournament strategy with tight hand recommendations for early rounds, etc., but it is so rich with just advanced theory that I was not prepared for. The re-steal chart is awesome. I really enjoyed the Mark Vos chapter on 6-max strategy for cash games. It is pretty much a basic TAG strategy, but goes in depth more than I expected about post flop play. Really good stuff all around. Good job, guys!" This is from a poster on the 2+2 forums but it echoes my thoughts on the matter.

If you have Harrington 1 and 2 and Kill Everyone, in my opinion you probably have all you need on how to play no-limit hold'em tournaments. As one wit said, "this book (KE) is like Harrington on steroids!" Don't play without these in your library. You'll be giving too much to the sharks in your pond if you make your next plays without them.

In my opinion, with Kill Everyone for the advanced player and Kill Phil for the underdog beginners, plus a yet to be released e-book written by Lee Nelson for PokerStars called Let's Play Poker (an advance copy of which I have read through and like a lot), which gives a lot of data on how to play sit-and-goes and goes from beginner to intermediate in terms and how to think about poker situations, I believe that Lee Nelson and his co-authors have provided all players with the data to improve their game vastly, no matter what level they are at. The opus that is presented by all three books together is an unsurpassed look into the mind of a professional poker player, and a useful insider look it is.

Until next time play good...and get lucky!