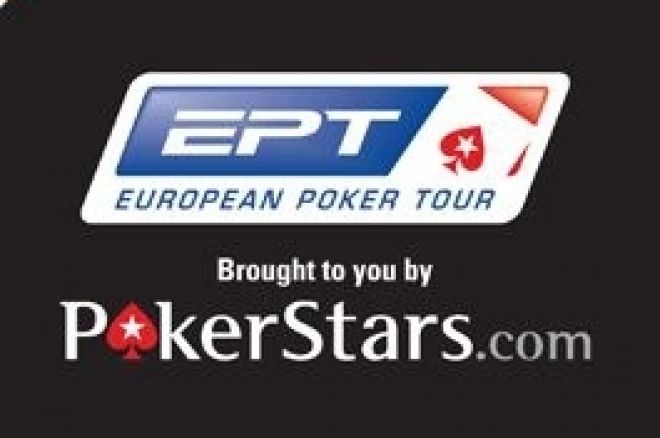 Action resumed in Copenhagen, Denmark on Wednesday with the second of two starting sessions in the PokerStars.com European Poker Tour Copenhagen main event. 236 players were on hand for the Day 1b session, creating a total attendance of 462 for the EPT stop. Official payout numbers were also released once the field was finalized, with an overall prize pool of DKK 22,176,000 (€2,976,644), and DKK 6,541,920 (€878,110) to the winner.

The random draw to start the day produced one ferocious table early on. That table started with Bertrand Grospellier, Gus Hansen, Michael Tureniec, Jesper Hougaard, Annette Obrestad and others, and only Obrestad survived the day's action among them. Obrestad finished with 28,600, in the middle of the day's survivors but well behind Italy's Andrea Benelli, who surged ahead of the field and ended play with 107,400 in chips. Benelli will return for Thursday's Day 2 with the overall lead. Second-best on Day 1b was Roberto Romanello, fresh off his win at the PartyPoker European Open V. Romanello enters Day 2 stacked at 66,200. Other notable Day 1b survivors included Jonas Molander, Ramzi Jelassi, Reuben Peters, Danny Ryan, Bo Sehlstedt, Martin Wendt and Alex Kravchenko.

The top ten players from Day 1b play: