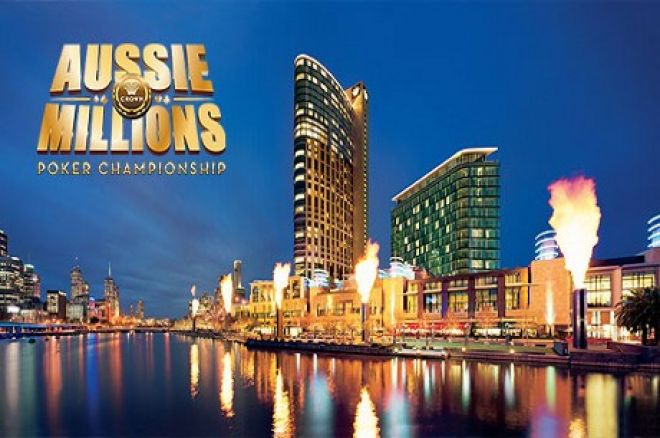 Kicking off the new year, January is arguably the busiest month of poker worldwide with several marquee events to fill everyone's schedule. One of the those events is the prestigious Aussie Millions held at Crown Casino in beautiful Melbourne, Australia. Today, the Aussie Millions announced that Betfair will be the Presenting Partner of the series.

The 2013 sponsorship will allow Betfair to occupy a number of premium branding positions during the Aussie Millions. Most notably, this includes each table of play in the tournament area.

Betfair is the world’s largest betting exchange and has a presence in a number of jurisdictions including Australia, United Kingdom and the United States. Betfair is the only licensed betting exchange in Australia and supports racing and sporting bodies via the payment of product fees and sponsorships. According to the media release issued by Crown, "Betfair was first licensed in Australia in 2006. Unlike a traditional bookmaker, Betfair allows its punters to bet against each other by both backing and laying, at odds of their choosing."

Crown’s Chief Executive Officer, Greg Hawkins commented, "We are thrilled to announce that Betfair will be the Presenting Partner of the Aussie Millions Poker Championship in January 2013. The Aussie Millions is Crown’s marquee poker event, and there is terrific alignment between these great, established brands. Sport is an enormous part of Australian culture, and Betfair’s unique betting exchange is a fantastic complement to the Aussie Millions and our poker patrons."

The Aussie Millions firmly holds the title of the longest, largest, richest and most prestigious gaming event in the Southern Hemisphere. Since 2003, the Aussie Millions Main Event has generated a 10-year total prize pool of AUD$52,580,000, and the series was the first to introduce the six-figure buy-in event to the circuit schedule. You can find out more about the series here.