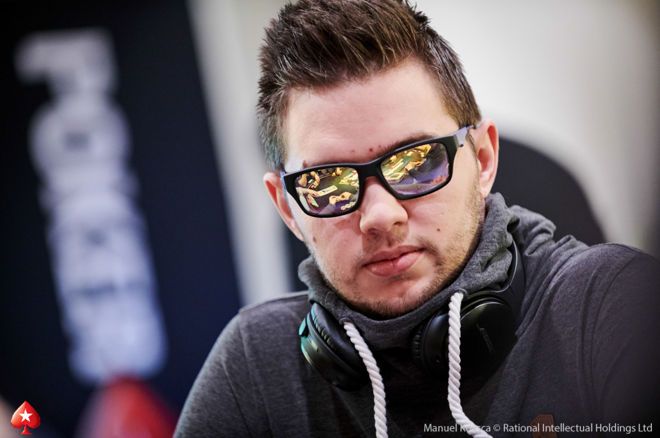 The biggest buy-in event of 2018 PokerStars European Poker Tour Prague, the €50,000 Super High Roller, has been whittled to just four combatants, and one man has established himself as the clear favorite.

Austrian pro Matthias Eibinger has about 55 percent of the total chips in play heading into the final day. He's over 100 big blinds with 5,455,000. He's been rocking the super high roller scene with over $4 million in cashes and is coming off of a $50K win in Las Vegas last month for $575,000.

It was blind versus blind and Eibinger limp-reraised to 560,000 after Nemeth made it 140,000. Nemeth called and then called a flop bet and turn shove with just ace jack high. Eibinger had pocket tens and faded the two overcards on the river to double into a huge lead.

Now, everyone's racing to catch Eibinger while at the same time perhaps eyeing the other similar stacks with hopes of laddering past. Everyone has €220,870 locked up with €653,000 set to be paid to the winner.

That total came courtesy of 40 total entries, of which 12 showed up for the end of late registration at the beginning of Day 2. Many were entries but some fresh faces like Benjamin Pollak and Patrik Antonius as well.

Just six would be paid, with only Charlie Carrel and Luc Greenwood scoring in-the-money finishes after Jan Schwippert busted in seventh following an extended bubble period. Nemeth picked off his reshove, with ace-jack holding against ace-six.

The last four players return at 12:30 p.m. local time to battle it out until a winner emerges. They'll come back to 25,000/50,000/50,000 and with three of the four sitting under 35 big blinds, action should be swift. Come to PokerNews on time to keep following the nosebleed action.

A Bold Slot Machine Strategy to Win Your Games Online