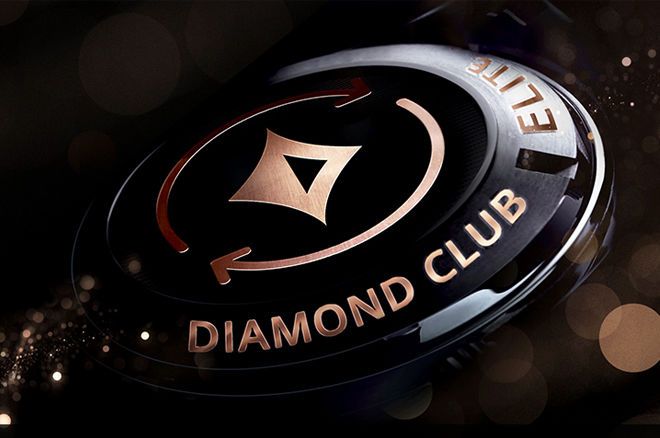 partypoker has introduced the Diamond Club Elite club as an expansion of its existing VIP program to further award the site's top raking players.

Starting on Feb. 1, players that opt into the program and contribute at least $200,000 in rake over a twelve-month period will be rewarded with up to 60 percent cashback and other lucrative benefits.

"We are extremely excited to take partypoker to the next level and reward our most loyal players with the introduction of Diamond Club Elite."

Previously, the highest tier in the VIP program was the Diamond Club, which awarded up to 50 percent cashback for those contributing $100,000 in rake over a 12-month period and other benefits.

Diamond Club Elite members will also be treated with VIP live event package to the Caribbean Poker Party hosted annually at Baha Mar in the Bahamas and an entry to the MILLIONS Online in November featuring a $10,300 buy-in.

The red carpet will be further rolled out to Diamond Club Elite members through exclusive VIP service at partypoker LIVE events and dedicated 24/7 support lines, the press release states.

"We are extremely excited to take partypoker to the next level and reward our most loyal players with the introduction of Diamond Club Elite," partypoker Managing Director Tom Waters. "The opportunity for our players to earn 60% cashback along with a fabulous MILLIONS World package and a seat at MILLIONS Online makes us the clear number one choice for VIP players in the online poker industry."

Players will not need to wait to reach the Diamond Club Elite status as partypoker will also reward players with $10,000 in cash upon reaching the halfway point by raking $100,000 in 12 months. Another $20,000 cash bonus will be awarded once the full $200,000 rake target is reached.

partypoker is celebrating the launch of the program by awarding the first two players that contribute $200,000 in rake via either cash games or Sit & Go Jackpot tournaments with 100 percent cashback until Jan. 31, 2020.