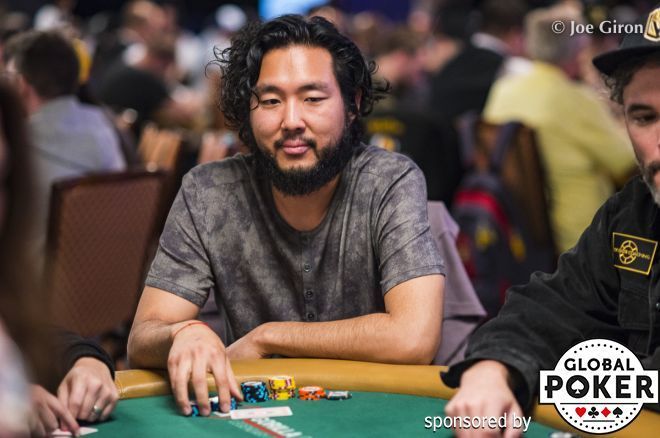 The 2019 World Series of Poker Main Event is officially the second-biggest of all-time, surpassed only by the halcyon days of the poker boom back in 2006, with poker's crown jewel attracting a total of 8,569 entries after registration closed at the start of Day 2c.

The chip leader looks like Julian Milliard who bagged 947,900 - not bad for a guy who came into the day with around twenty big blinds.

"I then had ace-nine beat pocket tens and ran it up from there!"

His biggest pot came when he made a set of deuces on a king-six-deuce flop with two spades. After betting and subsequently calling off an opponent's shove with their flush draw, he avoided the spades as the board bricked and he took down the pot.

Just behind Milliard comes Vlastimil Pustina with 930,700. According to Pustina, last year, he busted about an hour before the bubble. Now attending his third World Series of Poker, he's determined to make a deep run after studying with a poker coach, staying active, meditating, and - according to him - running good!

Pustina says an essential hand from today was where he flopped top set against two pair to double up to around 160,000. Then, close to the end of the night, he got it in with a straight against top pair for a pot of over 600,000 chips.

The Numbers Behind the Second-Largest Main Event Attendance in History

It's challenging to downplay the size of this year's Main Event. The total of 8,569 is more than the fields of both the 2004 and 2005 Main Events combined, and the field has grown year-on-year for four consecutive years; a 33% increase since Joe McKeehen’s 2015 triumph.

To put this continued growth in perspective, it is perhaps interesting to note that seven of the ten biggest Main Event fields have come since 2010.

The $80,548,600 prize pool generated this year is the second biggest in history, with the $10,000,000 that awaits the winner the joint second-biggest of all time, equal to the amount that Sweden’s Martin Jacobson won for taking down poker’s biggest prize in 2014 (albeit with a slightly lower 6,683 runners). Only Jamie Gold's $12 million win in 2006 stands above this year's top prize.

Top Five Main Events of All Time by Attendance

Entries Per Day in the 2019 WSOP Main Event

In terms of the final table, this year will see a massive prize on the line for first and second, with the runner-up taking home $6 million and the winner getting $4 million more. Could we see an even more epic heads-up in length?

Three hundred forty-four new players late-registered at the start of Day 2c, the most famous of which being the 'Poker Brat' himself; Phil Hellmuth. After flying into Vegas earlier in the morning, he jumped straight into the action at the secondary feature table and quickly reacquainted himself with the tournament he won way back in 1989.

However, after bluffing off with pocket fours against the ace-seven of Pedro Padilha, and bluffing five-three against Kou Vang's king-nine, Hellmuth was left short. He ran that up a little before being sent to the rail by Timothy Stanczak. The 15-time bracelet winner called off his last ten big blinds with king-jack on a paired board only to be shown the pocket fives of Stanczak. Hellmuth said "That's on me," in his bust-pout interview with Kara Scott.

Hellmuth was not the only big player to bust on Day 2c, with seven-time bracelet winner Men Nguyen, former Main Event champions Jerry Yang, Scott Blumstein, and Robert Varkonyi all eliminated. Blumstein was a late elimination, running ace-queen into ace-king as the final hands of the day were dealt.

Bracelet winner Fedor Holz was also eliminated after getting it in on an ace-high flop with ace-queen only to find Hai Nguyen had flopped two pair.

Patrik Antonius was also eliminated ruthlessly at the hands of Farid Jattin. Antonius moved all in with a rivered full house, only to discover that Jattin had turned a bigger house and the Finn headed for the door.

Oddschecker qualifier Chris Dotson sadly also busted. After winning a competition hosted by PokerNews’ sister company, Oddschecker, Dotson achieved every poker player's dream of playing in the Main Event and swapped work as a boiler operator for rubbing shoulders with the biggest names in the poker world. He lasted until shortly after the dinner break when he got his last eleven big blinds in with ace-king against two opponents holding pocket jacks and king-queen respectively. Dotson was looking for either an ace or king to take the lead, but instead, the board ran out with a queen to give the original worst hand the winner.

The start-of-day chip leader was James Henson, and as the levels slowly ticked by, there was minimal movement at the top of the counts.

That was until three-time bracelet winner Adam Friedman soared to the top, calling an opponent's shove with a turned set of deuces that had his opponent drawing dead.

That saw Friedman crest the 500,000 mark, but after Timothy Su bagged 791,000 yesterday night, it wasn't going to be enough to top the chip counts at the end of the day.

After Kaleookalani Mccabe eliminated former bracelet winner John Racener in a set-over-set situation for a 500,000 pot, it looked like Mccabe could hold on for the lead. However, Julian Milliard had other ideas. Despite starting the day with only 16,700 in chips, he managed to turn on the heat for Day 2c and move up to close to a million. He weathered late pressure and managed to hold on, and although not managing to break the seven-figure mark, Milliard's stack won't be hard to miss come the start of play on Day 3.

Play resumes at noon. on July 8th with fewer than 3,000 players remaining from the total field of 8,569. You won't want to miss a single minute of the action so stay tuned to PokerNews for continued live updates from the Main Event.