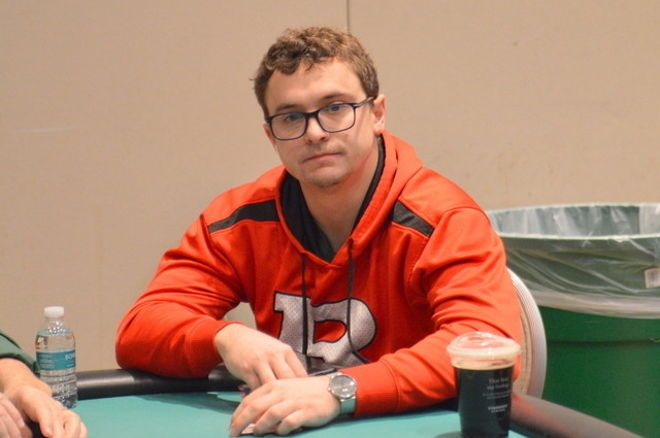 On Sunday, another fast-growing online series on the partypoker US Network in New Jersey reached a sizzling conclusion as the WPT Online Poker Open, which combined fields from partypoker US, Borgata Poker and BetMGM Poker, was on tap. The Main Event drew a field of 868 entries, generating a lofty $317,540 prize pool which surpassed it's $300k guarantee. It marked the largest ever event for our New Jersey online poker network surpassing the $302,100 prize pool for the $320 buy-in partypoker US Network $250K GTD back on March 29.

In the end, it was David "TheKing411" Coleman who emerged victorious for a payday of $56,586. In addition to the first-place prize, he also earned a WPT Championship Trophy and an $11,000 prize package which includes entry into the next WPT in-person live event, the WPT Five Diamond World Poker Classic, which will take place at Bellagio in Las Vegas ($10,400 buy-in), as well as $600 in cash towards travel expenses.

A total of 136 satellite players qualified for the event, including Coleman, who won his seat in a $45 qualifier a few hours before play started on Sunday.

“It’s a great tournament and I definitely enjoy playing it," Coleman told WPT officials after the win. "I like the convenience of online and the volume you're able to put in."

The newly crowned winner entered the final table second in chips and while chips were easily swinging from one side of the table to another with the fast structure, he kept building and eventually got himself to the final three. He didn't take long to take over the lead after he flopped a full house and got fully paid by then chip leader "jbg82" who caught a backdoor flush to give Coleman most of his chips.

The heads-up match was reached the next level and it was all over within a couple of hands when Coleman and jbg82" both flopped a flush to put all their chips in the middle but Coleman had a higher one to win it all.

"A.Jackson1767" was eliminated in ninth place after he four-bet jammed with ace-jack and got called by "Kevin Durant" who held fives and stayed ahead.

Next up was "anthonely" in eight place when he moved all in from the button with kings and found a call by "jbg82" who had ace-jack suited. "anthonely" was comfortably ahead but the river brought an ace to end his tournament life.

He was followed to the exit in seventh place by "BV511" who shoved his last crumbs with ace-seven and found himself in bad shape against "TheKing411"'s ace-queen suited.

Josh "layitdown08" Rothberg was eliminated in sixth place by "jbg82" when he three-bet jammed ace-queen and got called by "jbg82"'s pocket sixes. Rothberg couldn't hit, ending his deep run.

"KevinDurant" was "jbg82"'s next victim when he shoved with ace-jack from the button and saw a call from "jbg82" who was ahead with ace-queen. "jbg82" improved his hand to trip queens and "KevinDurant" had to settle for fifth.

Shortly after, "ShutUPnDANCE" went out in fourth place when he turned trips but "jbg82" rivered a full house to take all of his chips.

"lucky" was the following bustout. He needed to find a spot to double up and shoved ace-eight from the small blind into "jbg82"'s ace-king in the big blind.

"jbg82" was the last casualty of the final table. He flopped a flush against Coleman who had flopped a higher flush and couldn't' let it go. "jbg82" claimed the runner-up title and Coleman was crowned the champion.