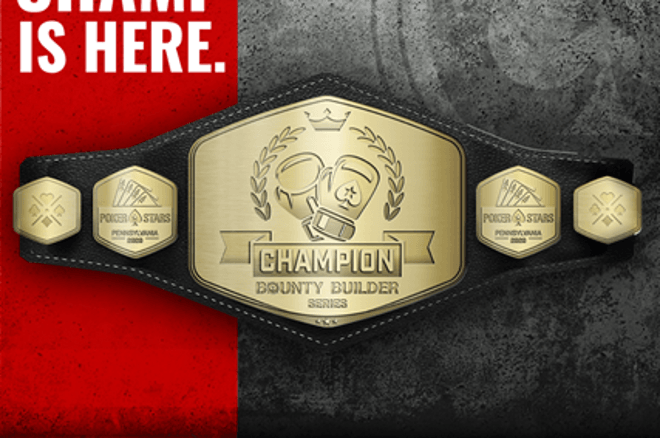 While bracelet events are dominating the headlines in the online poker world these days, they're not the only notable tournaments being held.

Stateside, PokerStars wrapped up two Bounty Builders series over the weekend, one in New Jersey and the other in Pennsylvania. Players were treated to nearly $2.7 million in prize pools across a slew of progressive knockout (PKO) formats, making for enjoyable action from July 12-26.

The Pennsylvania series was the more ambitious of the two in terms of total guarantees, with $1.5 million promised. That was a big jump from the $500K guaranteed in a similar series back in February.

No worries for the operator, though. The strong turnout enabled PokerStars PA to soar past that number with $1,968,721 in total prize money generated by 32,731 entries. That number represented more than a 31% increase from the posted guarantees.

PokerStars also offered $16,000 in prizes for players who would garner the most knockout points throughout the 70-event series. That honor went to "Homie Sr", who banked $4,000 in prize money.

Here's a look at all of the championship event winers, who earned commemorative belts:

Meanwhile, at PokerStars NJ, the story was a familiar one for players looking at the final results of the $300 Main Event: Daniel "AvaGray" Lupo occupied the top spot, shipping $6,273 plus $7,984 more in bounties.

While less lucrative for both the players and the operator than the PA series, the NJ series still surpassed it's guarantee of $600,000 by about 18%, drawing 9,481 entries to create $710,910 worth of prize pools.

Here's a look at all of the belt winners:

Despite a slight dip from the height of the recent boom in April and May, online poker continues to thrive in Pennsylvania and New Jersey.

While the former market hasn't even been running a year, June was still its third-biggest month to date in terms of revenue, bringing in $3.2M ($) according to Poker Industry PRO.

With fall and the expected online championships around the corner, expect plenty more reasons to sign up and play at PokerStars. If you want to get in on the action, follow these links: