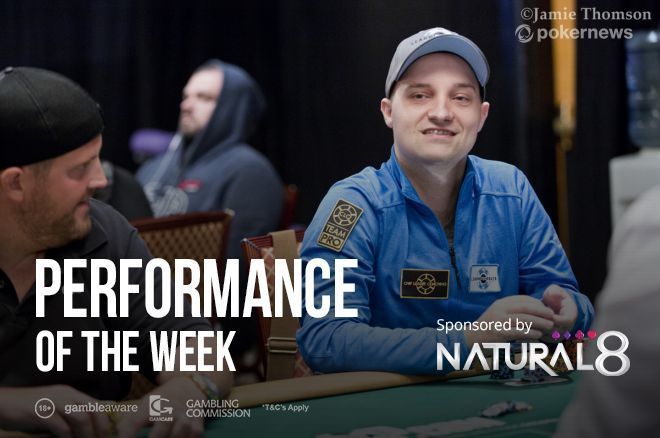 Natural8 is home to the WSOP 2020 Online with 54 Bracelet Events taking place from July 19th till 6th September 6th. Win a Bracelet and join the exclusive Natural8 Winner's Circle where up to $700,000 in Sponsorship rewards are waiting to be claimed. Start your journey by exploring the WSOP Silk Road Micro-Stakes Tournaments or via the $5,000,000 WSOP Giveaway. The opportunities are endless.

The 2020 World Series of Poker (WSOP) online bracelet events began at the beginning of July and will run through September 6th. It is comprised of 85 WSOP gold bracelets on the digital felt across two different clients: WSOP.com and GG Poker.

Each week, we’ll highlight those players who rise to the top through their performance, be it a dominating one in a single event, or an exhibition of consistency over several tournaments. Here’s a look at the POTWs thus far:

Through the first 22 events of the 2020 WSOP online series, no player had cashed more events than Learn Pro Poker founder and coach Ryan "protential" Laplante, who had 14 scores to his credit (more than any other player) totaling a combined $35,163.

While Laplante failed to make any final tables, let alone win one, his consistency was a testament to his hard work and professionalism as a poker player. The former bracelet winner epitomized what it means to be a grinder.

However, what was really impressive last week was the fact that Laplante had cashed the nine tournaments in a row.

On July 23, Laplante was looking to make it ten in a row in Event #23: $500 NLH Knockout, but despite collecting a pair of $100 bounties, he failed to make the money payouts. With that, the streak game to an end, though it’s certainly not the end of Laplante in the 2020 WSOP.

Unfortunately wont be putting up cash 10 in a row.

In the GGPoker portion of the WSOP, Event #37: $1,050 Bounty Pot-Limit Omaha attracted 971 entries and was played in a PKO format. In this instance, half of the buy-in went to the bounty pool and the other half to the regular prize pool. Whenever a player scored a knockout, they received half of the bounty with the other half being added to their own.

As a result, the winner of the tournament was not only slated to get a big payday from the regular prize pool, but also one from the final PLO bounty. That was evidenced by the victory of Australia’s Hun Wei Lee, who won the tournament for approximately $79,000 from the main prize pool plus more than an $82K PKO bounty for total winnings of $161,886.

It’s not often that a player wins more in bounties than the first-place prize!

In the final hand of the tournament, Janne Peltoniemi was down to 10 big blinds and got them in with

flop was big for Lee, who was left fading only an eight after the

turn. The river was a

, shipping the bracelet to Lee and eliminating Peltoniemi, who exited with $64,246 in combined prize money. That’s a big difference between first and second place, making Lee’s performance a noteworthy one.

Remember, the WSOP.com portion of the 2020 World Series of Poker online events has a $100,000 Leaderboard.

They're running a $100,000 Leaderboard attached to the Online Bracelets that are running every day in July. The leaderboard will pay out the top 50 players. Players can climb way to the top to win a share of the $100,000 in cash prize money.

*The Seniors Event is excluded from the leaderboard

Click here for a look at the full points leaderboard