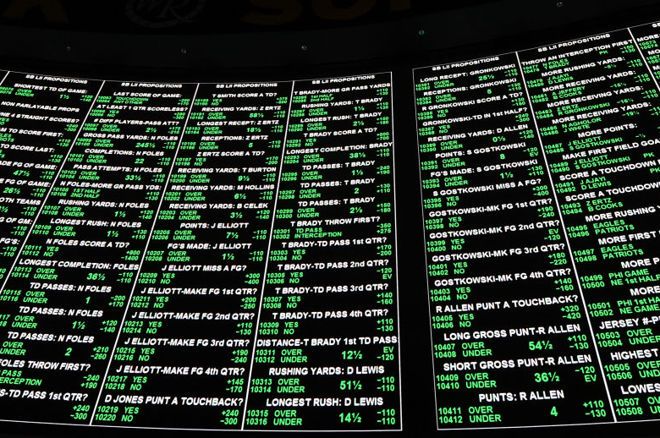 There weren’t a ton of big moves in the Super Bowl Market this week, except for the Ravens leapfrogging the Saints into the second favorite, falling from +700 to +500. This comes fresh off of two convincing wins over other AFC playoff teams: New England and Houston. Baltimore is simply on fire right now, and no one will want to face off with Lamar Jackson and company in January.

In the NFC, the only movements of note were the flip of the Cowboys and Eagles. Following a win over the Detroit Lions, the Cowboys dropped from +2600 to +2100, while the Eagles went from +2100 to +2900 after an uninspiring loss against the Patriots. Speaking of the NFC, there is one number that we like right now, especially before one of the biggest games of the year.

The Packers currently sit at the #2 spot in the NFC with a record of 8-2, as they get ready for their Sunday Night matchup with the #1 seed in the NFC, the San Francisco 49ers. If the Packers are able to pull off this victory, they will jump to the top spot in the NFC. As a result, their would immediately become favorite in the NFC, likely around +150 or so. With that in mind, there has to be some value at their current price of +475, especially considering that a loss shouldn’t move their odds as much as a win would. Now let’s talk about a team on the opposite side of these playoffs odds, the only winless team left in the NFL: the Cincinnati Bengals.

The lowly Bengals are now sitting at just +400 to go winless on the season, the same number that the Miami Dolphins were at earlier in the season. With the move to bench Andy Dalton for unproven rookie Ryan Findley, they are clearly aiming for the #1 overall pick, perhaps in an attempt to draft LSU Quarterback Joe Burrow. The Bengals do have back-to-back home games against subpar opponents in the Steeler and Jets, but if they lose those, the odds should be close to even, as the only likely winnable game from there will be against the Miami Dolphins in Week 16.

What was once a wide open race has now turned into a head-to-head battle between Lamar Jackson and Russell Wilson. They are the current co-favorites, with Jackson at +140 and Wilson at +150, with the next closest competitor, Deshaun Watson, all the way up at +1400. The ultimate tiebreaker could come down to divisional titles, where Jackson likely has the edge. However, if the Seahawks are able to make a comeback, and win the NFC West, it will be virtually impossible to deny Wilson of the award. It should be a fascinating finish to the season.

Aaron Donald has won back-to-back defensive player of the year awards, but he got off to a slow start this year, logging just one sack in the first five games. However, he has dominated in recent games, logging seven sacks in his next five games, and as a result, he has skyrocketed up the standings, and is now tied with Stephan Gilmore at +400. Even with the move, Gilmore seems like the better bet. He is the best player on the best defense in the league, and has been near or at the top of the rankings all season long.

Our friends at Oddschecker are giving away 2 tickets, flights & accommodation for the big football game in Miami on Feb 2, 2020!

Oddschecker provides an odds comparison service so you can see all the odds, offers, and promotions from every single sportsbook in one place. They also provide free picks and analysis across every single sport. This means that at Oddschecker, you will always be able to see the best NFL odds and picks the market has to offer.

All odds correct and available at oddschecker.com/us at the time of publishing. Odds and offers available in New Jersey only. 21+

The Best Casino Bonuses to Play Blackjack in 2019