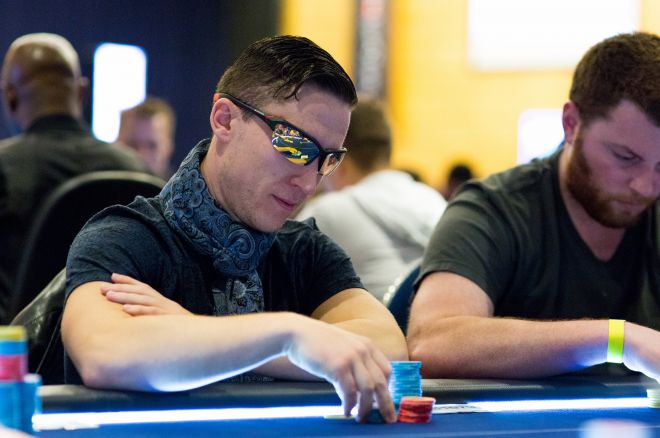 Each week, the Talking Poker series will highlight a particular poker term. We’ll give you a clear, to-the-point definition of the term and an example of the strategic concept to which it refers, so that you can start using the term and implementing the related strategy into your game. This week we take a look at blind defense.

In a $1/$2 no-limit hold’em cash game, the table folds around to Player A on the button who raises to $7. Player B in the small blind folds, choosing not to “defend.” But Player C in the big blind decides to “defend” her big blind by calling and seeing a flop along with Player A.

When deciding whether or not to defend your small or big blind versus a raise, a number of factors should be taken into account, including positional considerations, your opponent’s tendencies and playing style, and hand strength.

If after defending your blind with a call or reraise you end up seeing a flop as in the above example, you’ll have to play the rest of the hand from out of position against an opponent who has already shown strength with the initial raise. Being able to act last is always preferable, which means if you defend your blinds too often you will frequently be in the less advantageous position of having to act first after the flop.

That said, you can’t simply allow aggressive opponents to “steal” your blinds consistently with their late position raises. Especially in tournaments when the blinds (and antes) increase the deeper the tournament goes, you have to be willing to play back versus such players. If your opponent has been opening with late position preflop raises frequently and with a wide range of hands, you should be showing some resistance by calling or reraising.

Reraising (or “three-betting”) is often more preferable than simply calling, especially when playing from the small blind when a call will likely give the big blind favorable pot odds to call as well, forcing you to play from out of position versus multiple players. Reraising also can force folds, especially when the initial raiser was simply attempting to steal the blinds with a weak hand.

As far as hand strength goes, being dealt a strong hand in the blinds obviously makes it easier to defend with a reraise, although sometimes just calling a raise from the big blind can be more profitable as it disguises your hand’s strength and can enable you to earn more postflop. Be wary, though, of becoming too fancy with your big hands, especially when playing out of position.

Sarah Grant caught up with Run It Once poker coach Daniel Dvoress in Malta this week to ask him for his thoughts about defending from both the small and big blinds versus aggressive players who keep opening with raises from the button. Watch and listen to what Dvoress had to say: