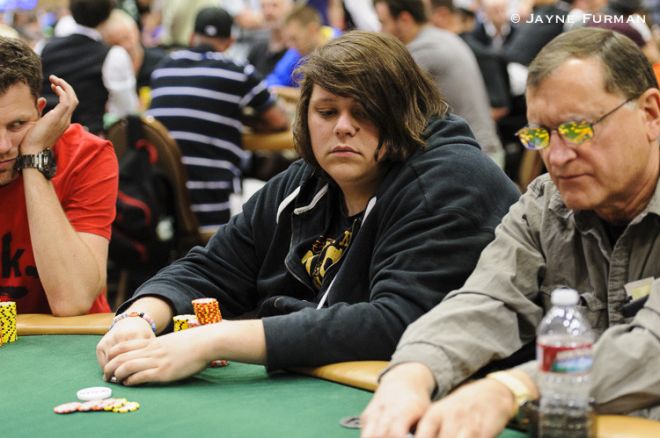 Each week, the Talking Poker series will highlight a particular poker term. We’ll give you a clear, to-the-point definition of the term and an example of the strategic concept to which it refers, so that you can start using the term and implementing the related strategy into your game. This week we look at what is meant when a hand is described as a bluff catcher and related strategy.

Simply put, a bluff catcher is a hand that can only win by calling a player who has bluffed. The term is generally only used to refer to the last round of betting, such as on the river in hold’em. The strength of a bluff catcher can vary — from the near-nuts down to just ace- or king-high — depending on the cards and how the action has proceeded.

Often when a player calls with a “bluff catcher,” the call is described as a “hero call” — that is, a tough call that requires extra courage to make.

In a $1/$2 no-limit hold’em cash game, Player A, a very loose player who has been playing many hands and bluffing a lot, open-raises from the button for $7. Player B calls from the big blind with

, giving Player B a pair of eights and a flush draw, and he check-calls a continuation bet of $8. Both players then check the

turn. The river brings the

and after the big blind checks, Player A bets $20, about two-thirds of the pot.

A hand only becomes a bluff catcher after the action has proceeded in such a way so as to suggest a player’s final-round bet could be a bluff, thereby making the potential caller’s hand strong enough to win by calling. Generally speaking, calling with a bluff catcher should only happen rarely and only if the sequence of betting and your read of your opponent strongly indicates that player to be bluffing.

Bluff catchers usually should be folded against tight or passive opponents. Meanwhile, against especially loose or aggressive players, calling river bets with bluff catchers like second- or third-pair or even ace-high might well be profitable. However, be aware that at lower stakes especially, many players are often less inclined to bluff, which means talking yourself into making such “hero calls” with bluff catchers can be very costly.

Another way to think of the bluff catcher is as a kind of “value call” (as opposed to a value bet) when playing from out of position against a single, loose opponent prone to bluffing at rivers.

Say you’ve reached the river with a hand not strong enough to value bet — e.g., you hold

, and after checking your opponent has bet. Your opponent has played the hand in a way that suggests he’s made his river bet not for value but because he cannot win the hand unless you fold. That is, you’re reasonably certain he hasn’t got a queen, a trey, or a pocket pair higher than nines, and more likely has a busted straight or flush draw. Your check allows him to bluff at the pot, and you call and collect with your bluff catcher.

Earlier this week, Sarah Herring spoke with WSOP-bracelet holder Jason Duval about an especially interesting hand he played during the early levels of Day 1 of the European Poker Tour Malta Main Event that illustrated him facing a river bet and holding a bluff catcher.

while the board showed

. After turning two pair Duval had rivered a flush — although not quite the best possible one — but was facing an all-in shove by Tato of 15,000 or about twice the size of the pot.

As Duval explains, despite holding a strong hand, he was forced to accept that his flush had essentially become a “bluff catcher.” Hear Duval’s explanation of why he came to that conclusion and what happened next: