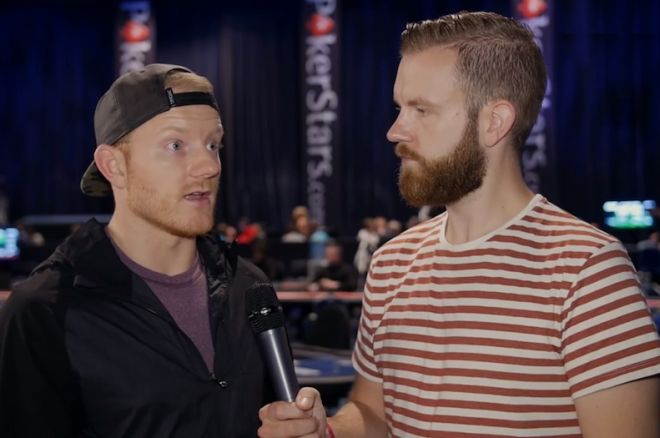 Each week, the Talking Poker series highlights a particular poker term. We’ll give you a clear, to-the-point definition of the term and an example of the strategic concept to which it refers, so that you can start using the term and implementing the related strategy into your game. Today we turn our attention to a commonly used term but perhaps not a commonly understood one — “fold equity.”

“Fold equity” is a special use of the term “equity” — one we discussed here a few weeks ago.

Whereas equity generally refers to your “rightful” share of the pot as determined by your chance of winning it, fold equity more specifically represents the amount you stand to gain from the likelihood of your opponent folding to a bet.

In other words, if one player pushes all in versus another, the all-in player’s current “equity” would include both the money he stands to win if the other player calls his all-in bet and what he stands to win if his opponent decides to fold. It is the latter portion that is referred to as his “fold equity” — that is, the additional equity over simple pot equity that can come from getting an opponent to fold rather than having to go to showdown.

The term is often used in a less technical sense simply to refer to the chance of getting a player to fold, especially in circumstances when folding is a desired outcome. (See “Strategic Considerations” below for more.)

In a no-limit hold’em tournament, it folds to Player A in the cutoff who has been dealt

and Player B checks.

With two more community cards to come, Player B has a 66.6% chance of having the best hand at showdown with that pair of fours, which in terms of simple pot equity would translate into having 66.6% equity of the pot at the moment. If they checked this hand down through the last two postflop streets and showed their hands, on average Player B would win 2,200 and Player A 1,100.

But despite having the worst hand, Player A has a number of other advantages, including position, initiative, and a bigger stack (and therefore the ability to knock out Player B). Plus, even though neither player knows the other’s hand, Player B can’t be too pleased by the three Broadway cards on the board, any of which could have likely hit Player A’s hand.

Of course when playing a hand such as the one above, Player A cannot know precisely either actual equity (he doesn’t know Player B’s hand) nor fold equity (he doesn’t know exactly what chance Player B will fold to a c-bet). But both can be estimated, and thus in terms of strategy it is good to have some idea how much betting can increase your chance of winning a hand by getting an opponent to fold.

A common scenario in which fold equity is a prime strategic consideration is when a player becomes short-stacked in a tournament and is deciding whether or not to push all in. Advice about not becoming too short before pulling the trigger and shoving directly concerns fold equity, in fact. If you wait until you have only 3 big blinds left before going all in, the chances of getting opponents to fold go down considerably, giving you little additional fold equity when you shove. But if you push all in with 10 big blinds, that becomes a harder bet for others to call, thus giving you that additional fold equity.

Similarly, when facing the all-in decision as a short stack, it is often recommended to push all in as the first raiser rather than reraise all in after someone else has raised, mainly because the player who opened is going to be more likely to call than would players who haven’t put anything in the middle when you shove. If you a big hand like

, you may want to be called; however, if you have

you may not necessarily want a call, and so gaining that fold equity when shoving is important.

These considerations apply as well to non-shoving situations as in the example above. Finding spots where your bets can elicit folds is a way of gaining fold equity and thus increasing your chances of gaining more chips, too.

During the recently completed PokerStars and Monte-Carlo®Casino EPT Grand Final in Monaco, our Remko Rinkema caught up with Jason Koon and asked him to explain further what fold equity is and how it affects strategic decisions.

Koon talks about both those late-tournament all-in-or-fold situations as well as how things like image and player reads come into play when estimating your chances of earning folds with bets. Take a look: