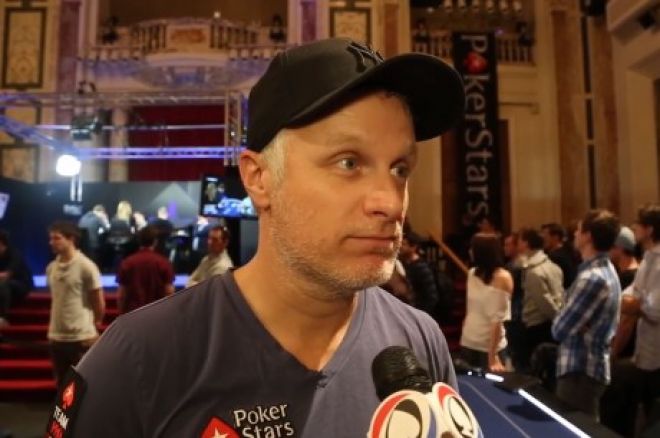 Each week, the Talking Poker series will highlight a particular poker term. We’ll give you a clear, to-the-point definition of the term and an example of the strategic concept to which it refers, so that you can start using the term and implementing the related strategy into your game. This week we turn our attention to what it means to “hit and run” in poker.

The act of joining a poker game, winning big in a short period of time, and leaving the table soon after with one’s winnings.

Player A buys into a $1/$2 no-limit hold’em game for $200 and doubles up within the first few hands after sitting down. Player A then tells the dealer not to deal him in the next hand, stacks his chips, and cashes out. Player A has “hit and run.”

Although perfectly within the rules, committing a “hit and run” is often considered poor etiquette. Pros also say that for longevity and success in cash games, in general it is best to play longer when you’re winning and shorter when you’re losing. One reason is that it’s common for players to make better decisions when winning, leading to bigger profits. Another is that a player who is winning can have a skill edge over his or her opponents and thus stands to win more by staying.

Opinions are wide-ranging when it comes to players who “hit and run.” Last spring I asked followers of PokerNews Twitter account for some input on the subject, and also spoke with several pros at the European Poker Tour Vienna stop, including Jeff Rossiter, Bertrand "Elky" Grospellier, and Theo Jørgensen, to learn what they thought about players who “hit and run.” Find out what they had to say: