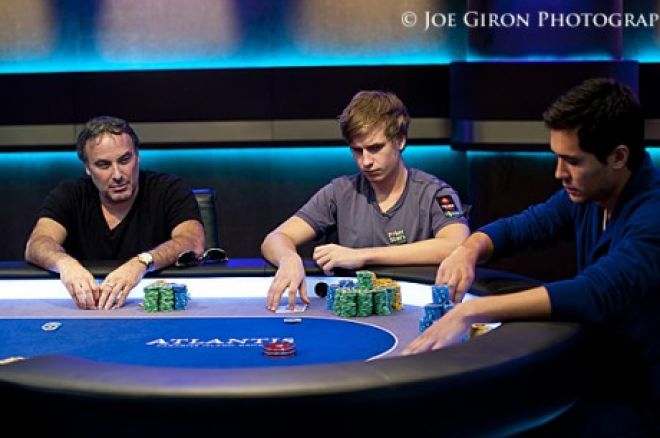 The Talking Poker series highlights a particular poker term. We’ll give you a clear, to-the-point definition of the term and an example of the strategic concept to which it refers, so that you can start using the term and implementing the related strategy into your game. This week we'll be focusing on the squeeze play.

A squeeze play is generally considered a preflop bluff. It occurs when a player reraises after there has been a raise and one or more callers.

To make a successful squeeze play, there are a few important factors to consider.

Because this is generally a preflop bluff, our objective is make our opponents fold. In the above scenario, we can assume Player B has a playable hand but not premium hand because in the latter case he’d likely three-bet instead of just calling.

When it comes to Player A, we must make assumptions about what kinds of hands he could have by what we’ve observed from him thus far. In order to try a squeeze play, we want him to have a loose range, meaning that he is raising with a lot of hands. The wider or looser his range his, the greater the likelihood he will fold to a squeeze play.

Bet-sizing when making a squeeze play (or “squeezing”) will heavily depend on your position and stack size. Because players are more likely to call you when they are in position, you will want to make your raise size bigger when you are making an out-of-position squeeze play, e.g., from the blinds.

For more information, watch as Tony Dunst talks to Sarah Grant and gives a few tips about the squeeze play.