What NOT to Do Online: Losing Your Head 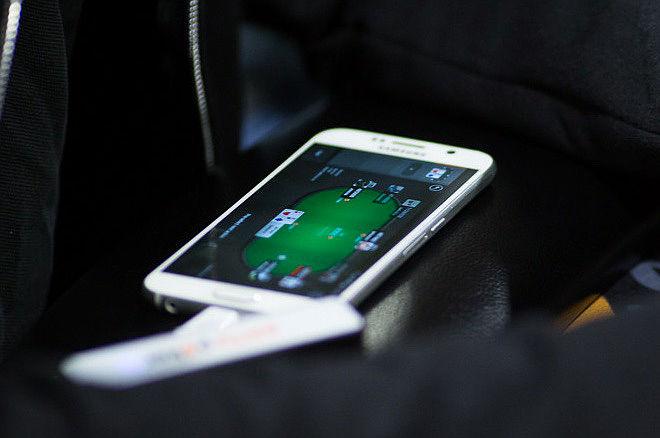 This hand really happened, with real cards and real money on an online poker site.

What we can take away from this particular misadventure is how it is important for us to try our best to avoid a certain self-inflicted affliction called 'Winning Every Pot Syndrome'.

Unlike previous hands discussed in other articles here on PokerNews, this one began as your run-of-the-mill, heads-up pot, with the hijack raising to $3 and the small blind defending.

The hijack began with $110 while the small blind had that covered.

The small blind was a presumed recreational player, and therefore, dangerous.

— that is, relatively dry and not that coordinated.

We could normally begin with an assumption that the small blind's range isn't particularly wide in this situation.

He did not three-bet, nor did he fold while seated at the worst position on the table.

That means good suited Broadway hands and medium pairs would make the most sense — on paper, at least.

Meanwhile, we would expect the hijack to have a more diverse range of hands, including suited connectors, offsuit Broadways, all pairs big and small, and any suited ace.

The small blind checked, the hijack bet $4, and the SB called. Still pedestrian, walking through this hand history.

We collected all the best ways to play poker for real money and with NO deposit needed!

A Dramatic Change of Texture

The turn card was the

If the small blind were a regular or professional player, we would expect very few flushes. After all most of the SB's suited hands preflop would be suited aces, and the

on the board makes those hands impossible.

— i.e., something the hijack could plausibly raise preflop — is unlikely for the small blind.

However, this was a "fun" player having a lot of fun on the day.

In short, the hijack has a theoretical range advantage.

He can fire the flop with lots of

hands that hit this turn and have more flush draws. Hands like

with which the small blind check-called the flop would have improved, as would

. But big portions of the small blind's range, pocket pairs especially, must surrender on this card.

Something else happened, though, as fun would have it — the small blind led out for $5, a temptingly small bet.

What could this mean?

If the hijack has showdown value, like any ace or a

-type hand, he doesn't have much of a decision — he should simply call.

It is a good price and he has position. If he has a strong hand like a flush, he could consider raising, but these hands will also make a lot of money the times the small blinds bluffs twice (now and on the river), even if those bluffs are for a smaller sizing.

What the hijack has the power to do — both because something has gone not as it should and because he has a range advantage against a strange line — is raise his potential bluffs.

If he fired a continuation bet on the flop with a

-type hand, especially one with a club, now would be a great time to make it $22. This is the hijack's card, after all, more than it is the small blind's.

The hijack did not raise, not yet at least. He just called.

The river card was the

Those top pairs the hijack turned can rest content with this card, while

-type hands find a bit more trepidation. But consider... how could this river card ever help the small blind?

The SB would have had to float the flop with a king in hand, bluff the turn, then pair up on the river.

Maybe that is what was in the hijack's head during this particularly disastrous betting sequence: small blind leads $13, hijack goes all in for $97, small blind calls with

for a flush. Hijack meekly mucks

Now our beleaguered hijack player may not have been aware he was facing off against a "fun" player in this circumstance.

But the choice to bluff-raise pocket tens with a club is a questionable one.

First off, is the

blocker really that important in this spot? It does block

are either better or equal for blocker value and many of these combinations are not strong enough with which to call.

If the hijack chooses to bluff-shove all in on this river with this hand, he also presumably would do so with

River bluff-shoves in single-raised pots are relatively rare for a reason, and the range you choose for these bluffs is therefore narrow.

You don't make value hands strong enough to shove river that often either, after all. And here, sadly, the hijack's price isn't even that good!

What Did We Learn Today?

And above all, don't lose your head. Players calling suited garbage out of the small blind are entitled to some share of the single-raised pots.

What Are the Best Poker Apps to Play Online Poker with Friends?