Phil Ivey has been eliminated. The man who got all of his chips was [Removed:283] and here's how it happened.

Ivey had raised preflop to 5,000 and was called by three players, including [Removed:288] in the small blind. The flop was

The turn was a

, but was behind the

The river card provided no help for Ivey and his aces went down in flames to [Removed:288]'s two pair. [Removed:288] collected the chips and moved to nearly 400,000. Ivey hit the rail, but we'll keep an eye out for a possible rebuy from him. 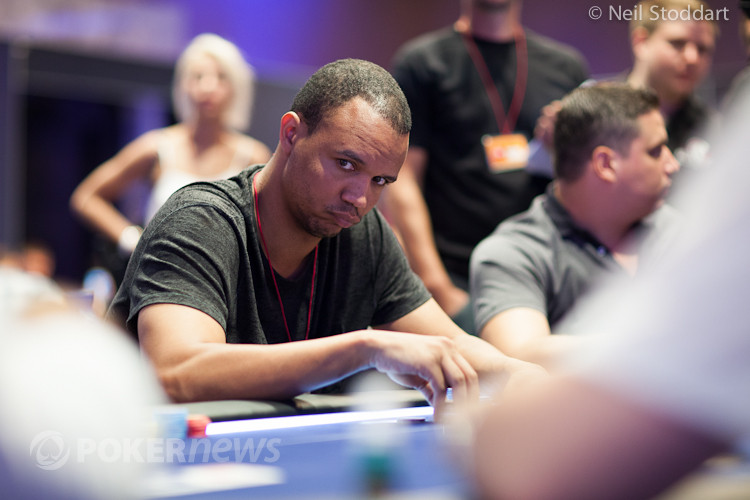 Phil Ivey has been eliminated