Antonio Esfandiari and Phil Ivey recently played a friendly little game of "Johnny Lodden Thinks," but there thinker was not the Team PokerStars Pro, rather it was PokerStars Team Online Member Isaac Haxton.

The questioned posed to Haxton was: How many one-night stands will there be in the country of the Bahamas tonight?

"It depends on how many people bust this tournament," Philipp Gruissem joked.

At that point, Ivey asked Esfandiari to review the rules. For those of you playing at home, if Ivey said "buy" at this moment, then he would have fifteen one-night stands and under. The bidding continued up to 24.

Finally, Esfandiari bid 51, and Ivey bought the number and the under.

The entire table erupted with laughter.

Esfandiari won this round, but we're sure Ivey will be back for more. 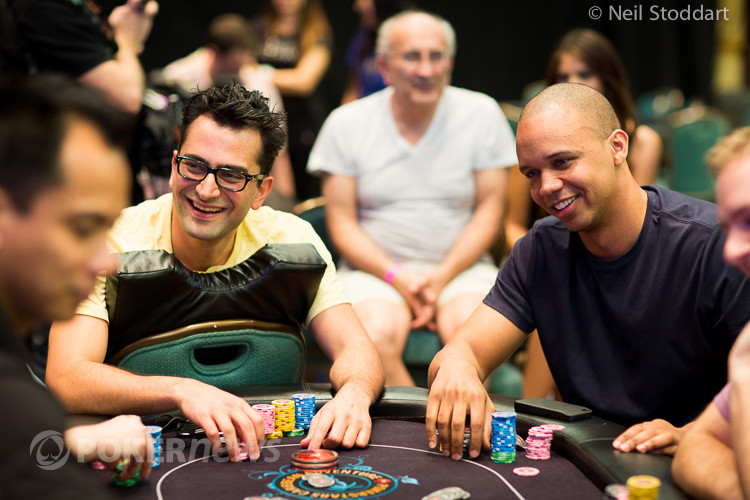