Day 3 of the 2016 World Poker Tour Amsterdam €3,300 Main Event started out with 39 players, while only 36 would get paid. Right from the get go it was a pandemonium, with the shortest stack busting and the second shortest stack doubling up.

While Pierre Neuville was nitting it up to secure his 100th career cash, others weren't as careful. No less than four players were all in during the final pre-bubble hand, with two of them doubling up and the third and fourth busting.

Joep van den Bijgaart took the honors of busting both in the same hand, sending Yiannis Liperis home empty handed as the bubble, while Kai Lehto was eliminated in 36th place and signed for a min-cash.

As per the norm, players busted left and right after the bubble. Neuville was one of them, falling at the hands of Fernando Garcia.

Big name players like Andreas Høivold (ace-deuce into tens), Jason Wheeler (ace-ten to ace-jack), and Clyde Tjauw Foe (tens into ace-jack) busted and received the min-cash of €6,200 as well, but before you knew it the tournament was down to just two tables and the money got even more serious.

French regular Manuel Bevand survived long enough to sneak into 14th place, but ran out of double ups when his ace-deuce didn't improve against the nines of eventual final tablist Tomas Fara.

Fan favorite Kees Alblas was unfortunately the next to go. Alblas was the life of the party for most of the day together with his friend Maikel Muis. Alblas got short and gifted his last chips to Muis, who continued his comedy career as a solo artist.

The godfather of Dutch poker himself, Marcel Lüske, was next on the payout list. He first lost a coinflip to get short, and lost the rest to van den Bijgaart in a blind-on-blind situation. Lüske's ace-three didn't hold against the queen-jack of his countryman, and the ever-so-well-dressed Dutchman exited in 12th place.

Jasper Meijer's rollercoaster of a day ended when he ran ace-five into ace-king, and after Fernando Garcia busted in 10th place, the tournament was down to its last table of nine players.

That wasn't the official final table just yet, as three more players had to go before the bagging and tagging would start. Muis got unlucky running ace-queen into aces, and Felipe Ramos ran into the same hand with queen-jack to go out in ninth and eighth, respectively.

With the two shorties gone, play could have continued on for some time, but the poker gods had something else in mind. Van den Bijgaart found queens and got check-raised on a ten-six-four board. He got it in for a million total and Andjelko Andrejevic turned over six-four for two pair.

Andrejevic led the final six when it was all said and done for the day, with three-time WPT champion Anthony Zinno also still in decent shape. The remaining six players will return to Holland Casino Amsterdam on Saturday at 2 p.m. local time, and the final table will be live streamed at PokerNews.com. Plus, you can count on coverage of the most important hands of the day as well, starting at 2:30 p.m. 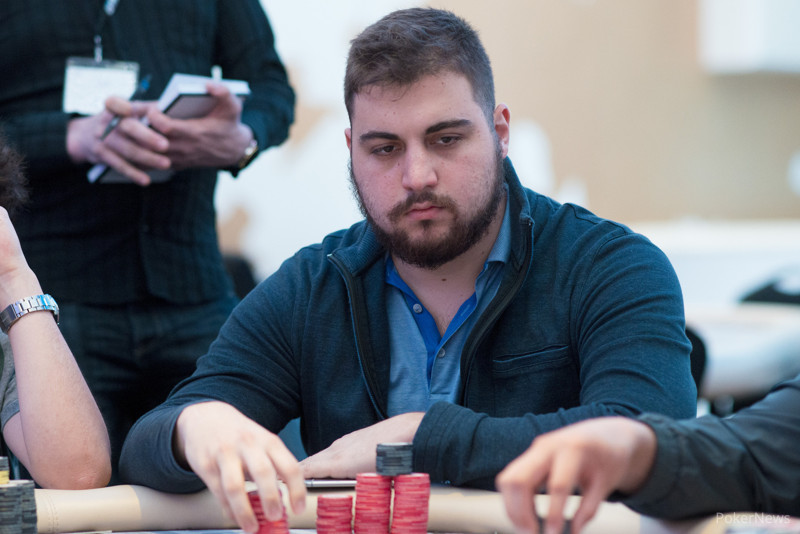