Pro Blogs: The Public Perception — A Call for Change by Alec Torelli 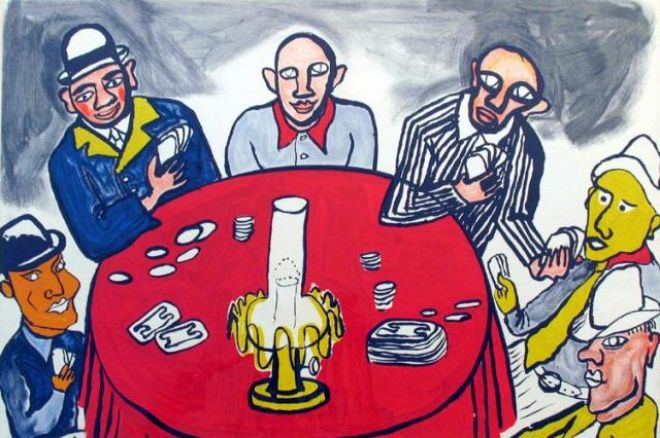 Disclaimer: The only reason I’m qualified to speak on these issues is I’ve made every mistake listed here. Please, don’t remind me. I continue to make them and if you catch one, I hope you’ll remind me.

A Personal Story: The College Dropout

I was 18 when I broke the news to my parents. “I’m dropping out of SMU to play poker.” Needless to say, they weren’t thrilled. In my defense, I tried to explain that it wasn’t gambling, but calculated risk. I was no different than the stock trader.

It was a hard sell. “Stock traders have degrees” they reminded me. The problem, it seemed was the barriers to entry. To get to Wall Street, you need to go through the system. To gamble all you need is cash. Fail on Wall Street and you still get a modest salary. Fail in poker and you can wind up in debt.

All things considered, one can’t blame them. They had nothing that convinced them otherwise.

Poker was just beginning to emerge in the media, but what they did see wasn’t exactly flattering: overweight gamblers dressed like bums cursing obscenities at their misfortunes.

Overcoming these hurdles is an uphill battle, but it doesn’t have to be. We brought the burden upon ourselves.

The Problem: The Public’s Perception

The problem isn’t that the majority of those who try, fail. I didn’t succeed in my childhood dream of making the NBA, yet my parents encouraged me to play basketball, because in doing so I learned the merits of teamwork, discipline, patience and perseverance.

There are virtues to be learned from poker. It’s time we showcase them, but first, an exercise. After each word close your eyes and imagine what you see.

I suppose it’s something like this: A 24-year-old, ivy league graduate (I always envision Harvard), freshly shaven, clean cut, black suit with a red tie, carrying a briefcase with something important inside.

He’s almost definitely talking on the phone with a client during his lunch break, where he has delivery Chinese food from his office on Wall Street.

Here’s what comes to mind: A 24-year-old college dropout struggles to stay awake after an all-night poker session. With no attachment to the real world, he strolls through the otherwise elegant Bellagio in sweats and a hoodie, unshaven and scruffy.

What’s really the difference? More specifically, why, when their jobs are close relatives, is the stock trader a respected businessman, when the poker player is a degenerate gambler?

Sure, the former's Harvard education doesn’t hurt, but when was the last time someone asked where you graduated? The difference between “us” and “them” begins with that image we create. The trouble is that the parent says, “no to gambling” and “yes to Wall Street.” In order to change the status quo, poker needs to be rebranded.

In the spring of 2000, Twinings stated: “In response to a huge surge of consumer interest and demand, and after many months of extensive product development, we are pleased to announce the launch of a contemporary new range of green teas.”

So why the craze for green tea? Lipton says that it is due to “worldwide consumer trends in health and stress awareness, and the desire for a more balanced lifestyle.”

Further, Whittard of Chelsea, which offers six varieties of green teas, tells customers that “green tea is the most natural of all teas, and still contains many of the natural ‘compounds’ which make tea such a healthy drink.”

Green tea has been consumed for thousands of years in the Orient. But only when it was marketed as an appetite suppressant and weight loss solution did it boom in America. The problem isn’t the game, but how it’s viewed by the public.

The Solution: It Starts With Us

The professional sets the precedent for the rest of the world. I love playing tennis, and when I want to feel like a rock star on the court, I deck myself out in all Nike, with head and wrist bands. The game is as much about the look as playing. Thus when we show up in sweats, others think it’s okay, even aspirational.

“You can tell just by looking at him,” was a quote from the poker table just two days ago. It was said of a VIP who walked in to play the big game. If we did the same exercise as above and envisioned a “poker fish” it would look drastically different than the poker pro. This is the problem.

Remember, our job is to create a suitable environment for our customers.

When was the last time the mega fish in the game was wearing a jersey and backwards hat? People don’t mind playing with professionals, they just don’t want to feel like you are there to take their money.

Not only is dressing nice a step to legitimizing our industry, but it will make others want to play with you. You’re no longer the bum hunting pro, you’re a rich kid who’s ready to gamble. And there’s a huge difference.

I will lead by example, and here’s my pledge to you: If anyone sees me dressed below business casual for over one hour (sometimes, it’s inexcusable, when I stumble upon a game. Still, I will go home to change after taking my seat), I will pay them a big blind. Limit one per session.

They aren’t ideal but sometimes they are almost too convenient. Even though the use of paper towels kills trees, one can’t really fault someone for buying them. However, there’s a big difference between obnoxious Bose headphones and the inconspicuous iPod ones.

On TV, never. In certain cash games, they shouldn’t be used because it creates a dynamic that’s serious when the game calls for entertainment.

Dressing nice is just the beginning. In order to effectively make a difference, it’s going to take more than just a collared shirt. We need help from the media. On Friday, March 30, I'll bring you Part 2, the steps toward change.