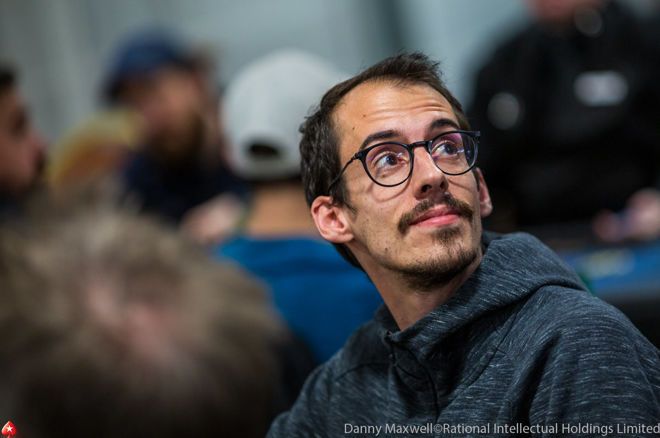 Day 1A of the $25,500 Super High Roller Championship in the partypoker WPT World Online Championships is done and dusted. Eighty-eight of the world's best players bought in and only 11 of them survived the first flight.

Nobody bagged up more chips than Pascal Hartmann who turned his 100,000 starting stack into a colossal 1,964,082 chips over the course of 18 levels.

Hartmann is a superb poker player and one who has put in several deep runs during the WPTWOC series. He's not managed to take down a Championship Event yet, bit this incredible start has done his chances of glory no harm at all.

Team partypoker's Mikita Badziakouski is Hartmann's closest rival when it comes to number of chips. Badziakouski bagged up 1,250,461 and was one of only three players to finish Day 1A with a seven-figure stack. German superstar Ole Schemion (1,103,933) was the other.

The Day 1A field was stacked, as you'd expect from such a big buy-in event. Kahle Burns (969,133) has started the tournament well while the likes of Stephen Chidwick (666,999), and recent WSOP bracelet winner Daniel Dvoress (492,621) also progressed.

Countries as displayed in the partypoker client

With only 11 players progressing, it meant 77 players crashed and burned on Day 1A. They can all take a second bite at the cherry at 8:05 p.m. CEST on September 20 should they wish to part company with $25,500.

Get In On The WPTWOC Action

There are dozens of more affordable WPTWOC events on the schedule, it's not only about the High Rollers and Super High Rollers. You'll also find $10 buy-in WPTWOC edition SPINS and a plethora of low buy-in satellite tournaments waiting for you if you head to the partypoker lobby.

Don't have an account? Download partypoker via PokerNews and make a deposit of $10 to receive $10 worth of tournament tickets over the course of seven days. Increase that initial deposit to $20 to receive $30 worth of tickets.