Stay Away from Soft Play 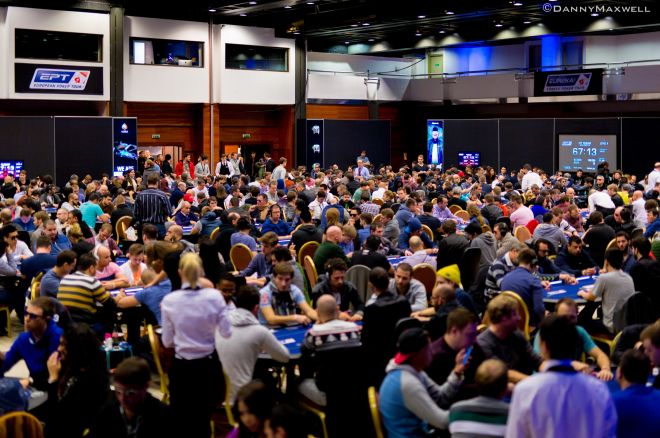 A while back I decided to make the trek with a buddy of mine to Mountaineer Casino to play some good old fashion $1/$2 no-limit hold’em. At the time, this was the closest casino to my hometown as it was just a quick two-hour drive.

Due to proximity issues, the two of us didn’t have the opportunity to play live in a regulated setting very often. These trips were often spur of the moment, but they were always a big deal. The drives down usually consisted of strategy talk, a mix of solid tunes to get us pumped up, and pontifications on what we would do if we ever won the bad beat jackpot.

On this particular evening, my friend and I arrived in the poker room just as the floor staff announced that they would open up a new table. While we usually preferred to play at separate tables, we reveled in the opportunity to spend the night seated next to each other and make the game a bit more fun.

About an hour passed where neither of us won any pots of significance. Then, the inevitable happened. We clashed.

. My friend, who was seated to my left, called from the small blind. The big blind tagged along and there were four of us to the flop.

. Bingo, I thought. Gin card. My friend checked it over to me and I rapped the table back, hoping that he would improve on the river.

, putting three spades on the board. He led out into me and I came right over the top with a raise.

“All right, I’m all in,” replied my friend with little hesitation.

At this point I chuckled on the inside a bit because I couldn’t believe we had driven 115 miles just for him to hand me $200. I called the bet and confidently rolled over my deuces full. Much to my surprise, he showed the table

for a bigger full house of eights full of queens. I was shocked, to say the least. Suddenly I was the one shipping my stack and reaching into my wallet to reload.

Now, why did I bother to reach into my memory banks to share this painful tale with you? This story is always one of the first things I think of when I hear about soft playing at the table.

For those of you who are unaware of the term, soft playing is, essentially, taking it easy on an opponent because you know the player personally and don’t wish for the person to lose. In the poker world, the act of soft playing can basically be considered cheating. Taking the money from other players in poker is simply the nature of the beast, and failing to try your best to do so for any reason undermines the game and negatively affects the action at the table for every other player.

What always makes me smile about this story is that despite the fact that we were both broke college students, we still played our hearts out and were more than willing to felt each other to line our pockets. We understood that soft playing was unacceptable and did the best we could to get each other’s stacks.

At any point in the hand we could have checked it down, or I could have simply called his bet on the river — after all, I thought I was the one with the better hand! But regardless of friendships, cards are war and your game play should reflect that notion. We both were playing for it all and I wouldn’t have it any other way.

I still felt that way even after the session when my friend bought me dinner, then rubbed it in à la Teddy KGB saying “it’s a joke anyway… after all, I am paying with your money.”