The players are taking a short 10 minute break.

Georgios Sotiropoulos opened the button with

from the big blind.

Track check called the 175,000 continuation bet Sotiropoulos made with a flopped pair on

on the turn didn't change anything for the hands but there was going to be some action. Track checked again and saw his opponent bet 425,000. The German player, who still isn't feeling all that good, made it 1,080,000.

Sotiropoulos folded and went into the break with a big disadvantage in chips.

Wow, how is this tournament not over! Georgios Sotiropoulos, just made a very impressive fold on the river.

and Sotiropoulos made the call with

turn Sotiropoulos fired out a bet of 875,000 and Track smooth called. The

completed the board and Sotiropoulos bet again, this time 2,025,000. Track responded by moving all in and Sotiropoulos went into the tank. He had 9,000,000 back - 75 big blinds - and he made a fairly quick fold. "We're losing to a very narrow range of hands," said Dominik Nitsche. "But at the same time we're beating a very narrow range of hands. That's an excellent fold."

for Georgios Sotiropoulos on the button/small blind and

for Julian Track in the big blind, the

flop was as interesting as they could come.

turn. The river was the

and Track bet out a very small 325,000. This blocker bet got raised to 1,575,000 by Sotiropoulos. Track thought for a long time and eventually folded.

Slow Start to Heads Up

There have been no big pots yet in heads-up play and the only pot that made it to the river ended in a chop. Which at least made James Hartigan and Joe Stapleton happy. 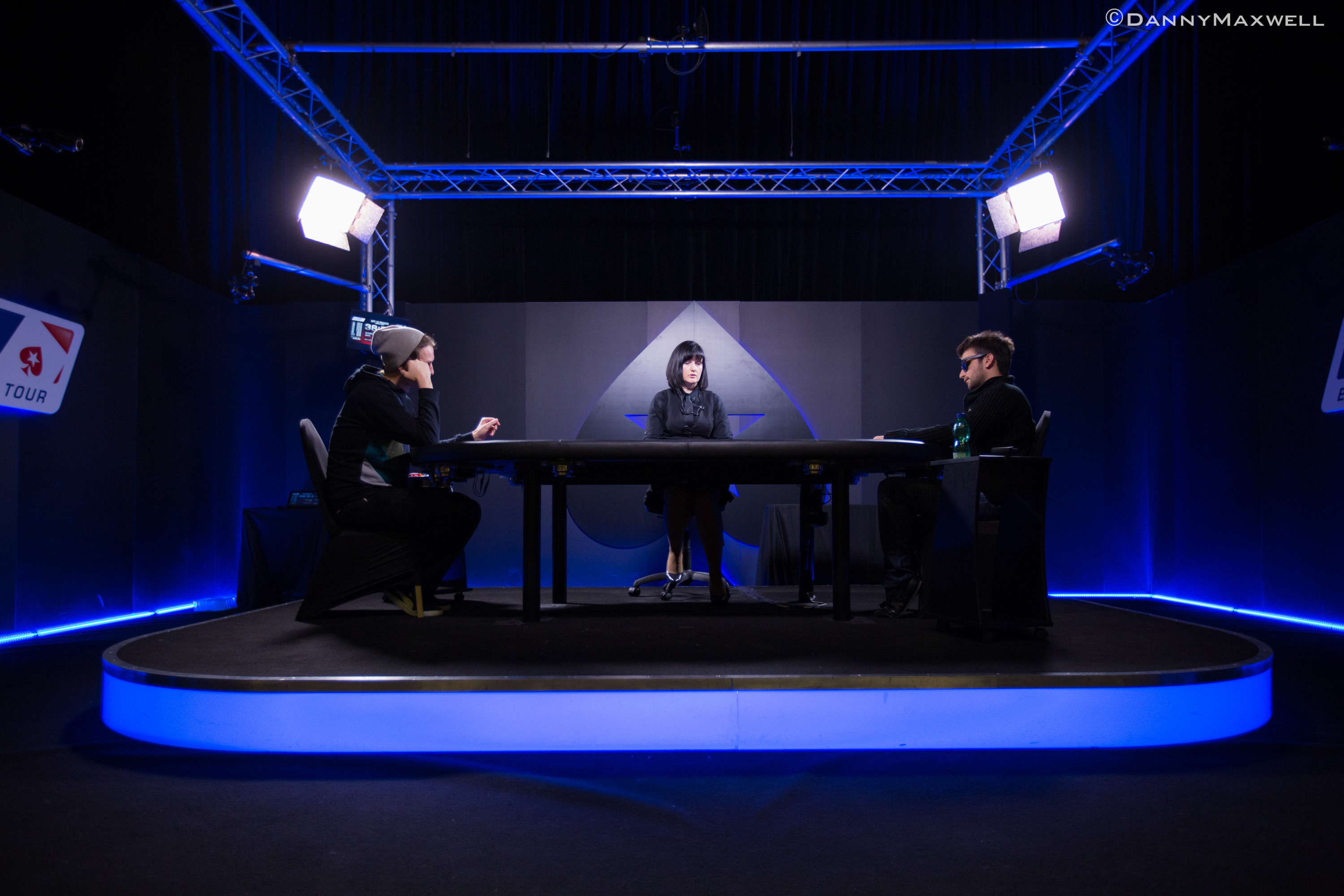 Small Break, There is a Deal

They agreed to take €700,000 each, leaving €25,700 in the middle for the winner. Julian Track is so ill that he agreed to the even chop immediately. We'll continue in a few minutes.

in the small blind. Georgios Sotiropoulos then raised to 340,000 with

As he's done fairly often at the final table Sotiropoulos took his time before calling. Chidwick was a 60% favourite to double up but the

flop reduced that chance to just 13%. And it was an unlucky turn and river for the Brit as the board ran

eliminating him in third place. The same place he finished in the Eureka Main Event six days ago.