Most of the features that you find on the downloadable Unibet Poker client can be found on the mobile app, including:

It recently came to PokerNews' attention that new Android-powered devices are being preinstalled with AVG Antivirus, which can prevent the installation of Unibet Poker onto Android devices. If this problem occurs, please contact the excellent Unibet Poker support team who will guide you through installing the Unibet Poker software on your device. 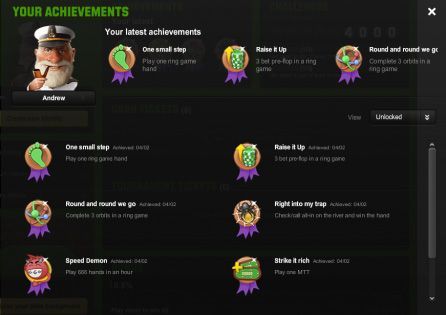 Unibet is one of the most trusted names in the online gambling industry, one that has more than 16-years’ experience and a loyal customer base of almost 10 million people. Unibet is committed to keeping the fun in poker through its own standalone software, a generous loyalty scheme, and a €200 welcome bonus. 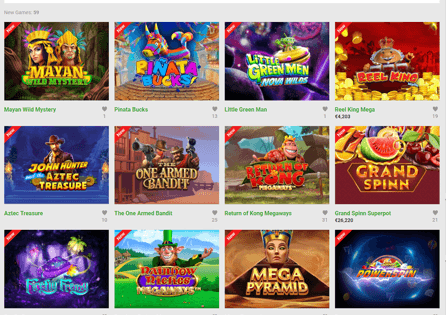 One of the main differences from a software point of view is that instead of running on Adobe Air like the first version, Unibet Open 2.0 is built mostly on a HTML5 platform. Unibet suggests that this should reduce crashes that were taking place for customers using the original version of the software after new features were introduced.

The software, which is available to players on desktops, tablets and mobile devices, features some noticeable features including dazzling improved graphics, a revamped hand history replayer, a loyalty scheme with missions fully integrated in the client and the ability for players to enjoy multiple tables simultaneously on handheld devices.

More details on Unibet 2.0 can be found here.

One thing that sets Unibet aside from its opposition is the plethora of ongoing promotions available to its players. These promotions change on a regular basis, but include:

Unibet Poker launched its own standalone software on February 19, 2014 after leaving MPN – formerly known as the Microgaming Network. Becoming independent has allowed Unibet to create and adapt its software with recreational, fun-loving players in mind.

Unibet has been a major player in the online gaming world since 1999, and boasts a customer base of more than 8.9 million from more than 150 countries. In addition to poker, Unibet has a busy sports betting site, casino and even offers bingo.

Unibet also offers "Fast Poker" which is its take on the fast-fold poker craze where players are whisked away to a different table with new opponents when they fold, which they can do as soon as they have seen their holding. They are then dealt new hole cards at their new table, which significantly speeds up the action and allows loyalty points to be earned at a much faster rate as a result.

As part of Unibet Poker’s mission to promote a fun environment for players, all third-party software is banned. This means no tracking software – such as Holdem Manager and PokerTracker – or Heads-Up Displays are allowed or work at the site.

Also, instead of choosing your seat in case games, the software automatically and randomly seats you to prevent what is known as “bum-hunting,” where stronger players sit in position on lesser-skilled players in an attempt to win their money faster.

Many micro and low-stakes cash game players moan about high levels of rake in comparison to the stakes they are playing so Unibet Poker has bucked that trend and offers some of the lowest rake for €0.02/€0.04 and €0.05/€0.10 cash games. Take a look at the rake schedule below to see what we are talking about:

Unibet Poker is one of the few sites that give you the chance to play on the site via your browser in addition to its downloadable software and excellent mobile apps. This means you never need miss a tournament or cash game again because if you have an internet connection you can play Unibet Poker.

Players at Unibet poker can create Poker Identities that allow them to change name up to three times per day. This is perfect if you have been caught bluffing too often or think that an opponent has got the measure of you!

Each month, Unibet sets its players a number of challenges relating to poker. They vary from playing a certain amount of hands, winning a pot with a specific hand, and similar. Complete these challenges and win prizes such as tournament entries and cash game tickets.

Lastly, Unibet poker has a wide range of achievements for you to collect. Some are only for fun and bragging purposes, but other hold prizes that are unlocked once you complete a specific task, adding another element of fun to your play.

There is an easy-to-navigate Help Centre where you will find an extensive FAQ guide. You can also call them on a Freephone number from 09:00a.m to 9:00p.m or via the Live Chat facility that is open 24 hours per day every day.