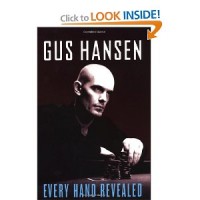 One of professional poker's most intriguing and fascinating players, Gus Hansen has often been called "The Madman" for his crazy, fearless, aggressive style. But you can't dispute the fact that this poker superstar knows how to win--and win big. The holder of the inaugural Poker Superstars Invitational title as well as the only player to win three World Poker Tour tournaments, Gus won his fifth major international title when he became the 2007 Aussie Millions Champion, outlasting 747 players and nabbing $1.2 million. Now, for the first time ever, Gus analyzes the hands that he played during the tournament and reveals his secrets for winning in Every Hand Revealed.