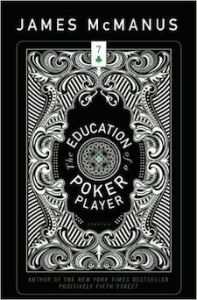 The Education of a Poker Player

James McManus offers up a collection of seven linked stories narrated by Vincent Killeen, an Irish Catholic altar boy, in the late 1950s and early 1960s. Persuaded at age eight by his grandmother that entering the priesthood will guarantee salvation for every member of his family, Vince eagerly commits to attending a Jesuit seminary for high school. As the meaning of a vow of celibacy becomes clearer to him, however, and he is exposed to the irresistible temptations of poker and girls, life as a seminarian begins to seem less appealing. These autobiographical stories are enlightening and evocative, providing keen, often humorous insight into Catholicism, faith, celibacy and its opposite, as well as into America's—and increasingly the world's—favorite card game.