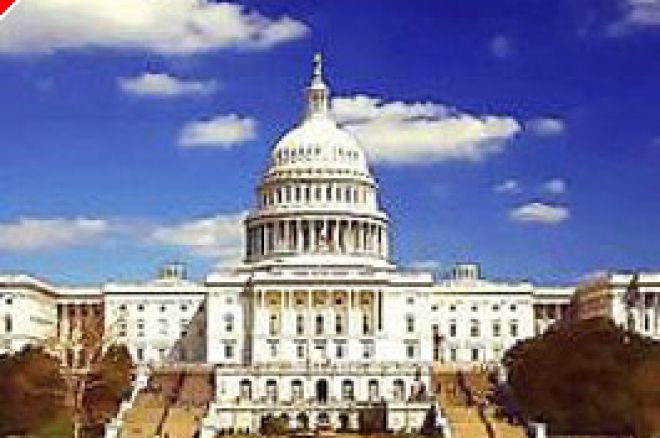 While the rest of the US will be discussing the Democratic victories that secured a House majority and a potential Senate majority, most online poker players will be discussing a single victory; the one that unseated 30 year incumbent Republican Jim Leach.

Leach was the sponsor of the House bill that became the Unlawful Internet Gaming Enforcement Act. With his stated goals of "protecting American families" and addressing a "national security concern," Leach introduced HR 4411. In a 51% to 49% victory, political science professor Dave Loebsack defeated the longtime Republican Congressman from Iowa.

Senate Majority Leader Bill Frist tried a number of ploys to sneak HR 4411 into "must pass" legislation. After failing to tie it into a Defense Department bill authorizing military operations, Frist was finally successful tagging it onto the Safe Ports bill.

Bill Frist chose not to run this year. Many speculated he had planned the respite to launch his 2008 presidential bid. It was believed that Frist's actions on HR 4411 were specifically orchestrated to cater to the small, but powerful, conservative right. Interpreting yesterday's election results, however, Frist may have ingratiated himself with a political niche that will have diminished influence in securing a 2008 presidency.

Republican Virginia Congressman Bob Goodlatte was almost assured his victory this year as he ran without a Democratic opponent. Goodlatte was the sponsor of HR 4777, the Internet Gaming Prohibition Act and joined forces with Leach to spearhead the passage of HR 4411. "I have been continuously committed to putting an end to gambling on the Internet," Goodlatte said. "For too long our children have been placed in harm's way as online gambling has been permitted to flourish into a $12 billion industry. The Internet Gambling Prohibition Act brings the current ban against interstate gambling up to speed with the development of new technology."

When HR 4411 passed in the House, Arizona Senator Jon Kyl said, "For more than a decade, I have fought for legislation to enforce Internet gambling prohibitions. Today's action in the House is a very encouraging step, and I will work with my colleagues to explore all ways to move this much-needed legislation through the Senate this year." Kyl was good to his word. Kyle's re-election bid was almost never in jeopardy this year as he consistently led his opponent Jim Pederson in the polls; sometimes by more than eighteen percentage points. Kyl was re-elected by a margin of 53% to 44%.

While Leach may have been the most vulnerable of the anti-online gaming contingent, his defeat was still considered something of an upset. Although the race was tight, Leach never trailed his opponent in the polls prior to the election. Some of the Republicans facing defeat this morning are those that can blame their strong conservative ties to the Bush administration. Leach, however, was perceived to be a moderate Republican, positioning himself as pro-choice and voting against the 2003 Bush tax cuts and the Iraq war resolution. One has to wonder if the online gaming vote helped edge Leach onto the rail.