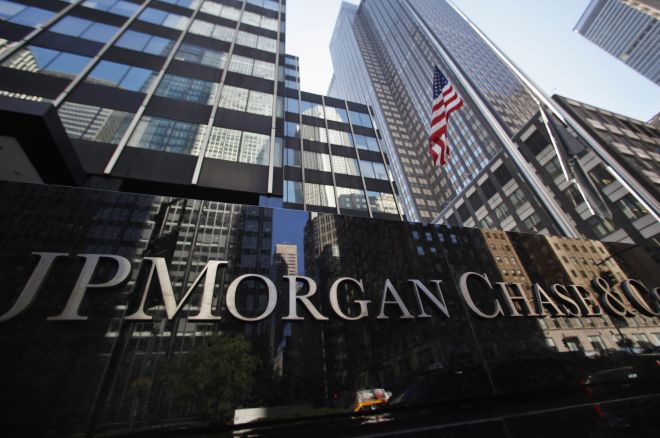 The acquisition of the bwin.party Group by 888 Holdings is no longer the secure deal that it seemed to be back in July, as JP Morgan and Barclays decided to put on hold the syndication of a $650 million-equivalent covenant-lite leveraged loan financing to back 888 Holdings.

"The last two offers from GVC and the way the company decided to drop Amaya Gaming to advance in the negotiations have been a real game changer in the acquisition process," a Barclay's representative told PokerNews. "Today, the situation is no longer as clear as it was on July 17."

The representative also explained that Barclays and the other parties that supported the offer made by 888 Holdings are now waiting to understand whether the board of bwin.party will decide to accept the latest offer from GVC, to ask for a new one, or to settle with 888.

"If the situation stays as unclear as it is today, we find very hard to ask investors to commit to the deal," the representative said. "In order to proceed, we need more clarity."

As reported by Reuters on Aug. 14, the two financial institutions have agreed to back the merger and acquisition (M&A) operation with a dual-currency leveraged loan. However, the latest bids from GVC have changed the status of the negotiations between 888 Holdings and the bwin.party group till the point that they decided to put the operation on hold.

"It is hard to get investors to commit to a deal when an M&A situation is unclear, as they are reluctant to allocate capital and resources to a deal they are unsure will happen," a senior leveraged loan banker said. "Most banks don't like to hold exposure so will price a deal to sell but there is a rationale for holding something back as they will be able to get a much better deal through the market if the M&A situation is sorted."

At 888 Holdings, however, they are still optimistic about the positive outcome of the M&A operation and about the commitment of the two financial institutions. Talking to Reuters, a spokesperson from 888 explained, "As announced on 17th July, the financing of 888's recommended offer for bwin.party digital entertainment plc is secured by firm commitments from Barclays Bank and JP Morgan."

On July 17, the board of the bwin.party group announced their decision to recommend the $1.4 billion offer made by 888 Holdings to take the control of the company. Despite the offer from 888 being lower than the $1.5 billion bid advanced by a joint venture composed by Amaya and GVC, bwin.party decided that the 888's project was the best one for the future development of the company.

"The boards of 888 and bwin.party are pleased to announce that they have reached an agreement on the terms of a recommended offer pursuant to which [888 Holdings] will acquire the entire issued and to be issued ordinary share capital of bwin.party," a note issued by the two companies stated.

"Upon completion [of the deal], we will have the opportunity to become one of the leading operators in the global online gaming industry with combined annual revenues of more than one billion dollars," 888 Holdings Executive Chairman Brian Mattingley said about the deal.

Shortly after, however, Britain's GVC decided try to get back in the game and raised the stakes by dropping Amaya and offering $1.55 billion for the control of the group.

As the board of the bwin.party group decided to reject the new offer, on August 7 GVC presented a new, increased offer putting $1.6 billion on the table. Although the offer is still distant from what the Chief Executive Officer of hedge fund Springowl Asset Management LLC, Jason Ader considered to be an adequate sum to convince the bwin.party Group to choose GVC over 888.

Ader, who's hedge fund controls approximately five percent of the bwin.party Group, said the $1.55 offer made in July was "just enough to start a conversation," and added he believed a 140 pence a share offer would have been more adequate. The latest bid from GVC provides 125.5 pence per bwin.party share instead.