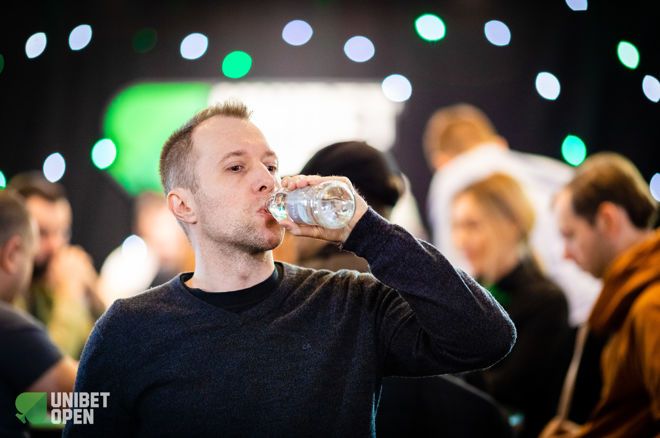 The eight-handed final table of the 2019 Unibet Open Sinaia €1,100 Main Event is set and six Romanians will take on Unibet Poker ambassador Espen Uhlen Jorstad and 2016 Malta champion Martin Soukup to try and keep the trophy on home soil.

Soukup isn't the only contender for the top prize of €71,000 that has already lifted the Unibet Open Main Event trophy already, as 2016 Bucharest champion Traian Bostan also advanced to potentially become the third two-time champion at the New Montana Hotel in Sinaia.

Day 3 kicked off with 47 players out of 366 entries remaining, all guaranteed a portion of the €366,000 prize pool, and among those to cash were Evangelos Bechrakis, Nikolay Ponomarev, Jean-Serge Baril, Ran Shahar, Tomas Montrimas, Silviu Baltateanu, Gilles Huet and Corentin Ropert. The Unibet Poker ambassadors Daiva Byrne, Dan Murariu and Dara O'Kearney. Alan "hotted89" Widmann also ran deep in the event, having missed the money in the previous stop in Dublin by just a few spots, and finished in 28th place for €2,670.

Especially the 29th place for O'Kearney deserves a closer look, however, as the Irishman had survived the grueling bubble the previous night with just 3,000, fewer than half a big blind. It didn't help much that the draw for the button gave him two hands before being forced all in, and the Irishman spun up his stack in miracle fashion with four double ups early on to get up to 20 big blinds. His run came to an end in a big blind versus button confrontation when he jammed with ace-four and ended up second-best to the pocket nines of Denis Simionel.

By then, the second level of the day was nearing the end with almost two dozen players already on the rail. Especially the elimination of Evangelos Bechrakis, who was in the middle of the pack when the action resumed, was an early upset. Bechrakis three-bet ace-king preflop and jammed a flop with all low cards only for Cristian Crecu to call with pocket tens. The all in showdowns kept pouring in by the minute and soon enough the first, and the second pay jump was reached.

Daiva Byrne had laddered up and eventually busted when her ten-try for very few chips could not beat queen-ten suited. Shortly after, fellow Unibet Poker ambassador Dan Murariu lost his fight with a short stack in a flip with pocket sixes versus queen-seven suited. The seemingly unbeatable O'Kearney bowed out in the next level and Alan "hotted89" Widmann became the next casualty on the feature table in a flip with ace-queen suited against pocket jacks.

Down to the last three tables, Crecu took over the lead after sending Tomas Montrimas to the rail with aces versus ace-king and not even one hour later the field was already down to the final 16. A double elimination vaulted Stefan Drusca into contention when his king-queen beat the ace-five of Johannes Vaeisaenen and the ace-king of Pavel Alexandru.

The most spectacular hand took place before the dinner break when Oerjahn Winther cracked the pocket kings of Silviu Baltateanu with pocket eights. Both had a club in their hand and five clubs on the board saw Winther spike a miracle straight flush. Gilles Huet and Razvan Sabau exited within a few minutes to reduce the field to the last 12 hopefuls and it was all about Soukup up until then. The 2013 Malta champion scored three knockouts on the outer table and also claimed the stack of Huet with a flopped set.

Eventually, Winther and Corentin Ropert bowed out on the outer table, both ending up second-best to eventual chip leader Grecu. Jorstad doubled as the second-shortest stack on the unofficial final table and one hand later the day wrapped up as Alexandru Palievici lost a flip to Traian Bostan. The final day of the €1,100 Main Event will kick off at 2 p.m. local time and there are 18 minutes left at blinds of 10,000/25,000 and a 25,000 big blind ante.

Tune back in then to find out who makes the cut and will fight another day on the way to crowning the next Unibet Open champion in the snowy mountains of Romania. The live stream action of the feature table will run on a security delay of 30 minutes on the Unibet Poker Twitch channel and the PokerNews live reporting team will be on the floor to provide all the action.