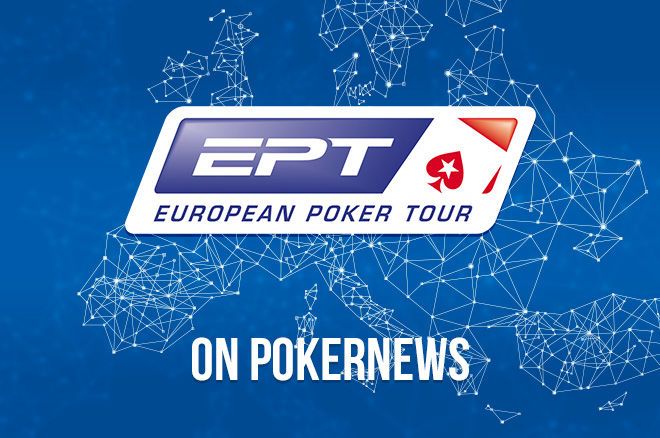 PokerStars is taking its European Poker Tour back to Sochi, Russia from March 21-29 and the PokerNews Live Reporting team is joining them to bring you coverage of three massive no-limit hold’em tournaments.

The Sochi Casino and Resort will be brimming with poker players from around the world who are competing across 12 events spanning nine days. Each of the scheduled events looks set to offer superb value, although there are a trio of highlights that stand out from the crowd; It is these tournaments that PokerNews is reporting on.

Running from March 21-24 is the ₽77,000 buy-in EPT National. This particular tournament features three starting flights, a Day 2 and a final day’s play. Last year’s EPT National event attracted a field of 439 entries and it was Matous Houzvicek of Czech Republic who emerged victorious, securing a ₽7,770,000 ($134,589) prize. This year’s tournament could award bigger prizes as the total buy-in is ₽77,000 up from ₽66,000 from last year.

The third and final event you can tune into is the ₽371,000 High Roller, running from March 27-29 and a tournament that should see some of the region’s top poker tournament talent take to the felt in Sochi.

Off the Felt Action

Away from the tables, all players attending EPT Sochi have the chance to meet the Team PokerStars Pros and can get involved in a bowling competition with free drinks and snacks from 10:00 p.m. to 1:00 a.m. on March 26.

PokerStars is also giving away free players’ merchandise for all Main Event players, and helping to arrange a wide range of tourist activities including the Doctor Frankenstein Escape Room, night skiing and snowboarding!

There’s also a player party from 11:00 p.m. on March 23 with an open bar featuring Elena Temnikova, a Russian singer, television personality and fashion designer who came to prominence as a contestant in the talent show Star Factory and who represented Russia at the 2007 Eurovision Song Contest.

Qualify for the EPT Sochi Main Event Online at PokerStars

Time is running out if you want to qualify for the EPT Sochi Main Event, with the final satellite taking place at 6:05 p.m. CET on March 10. This final qualifier costs $215 to enter and has 20x EPT Sochi Main Event seats, each with $4,000 worth of expenses, guaranteed.

Download PokerStars via PokerNews, enter the marketing code “PNEWS” when creating your free PokerStars account then use the bonus code “STARS600” for a 100 percent up to $600 first deposit bonus.