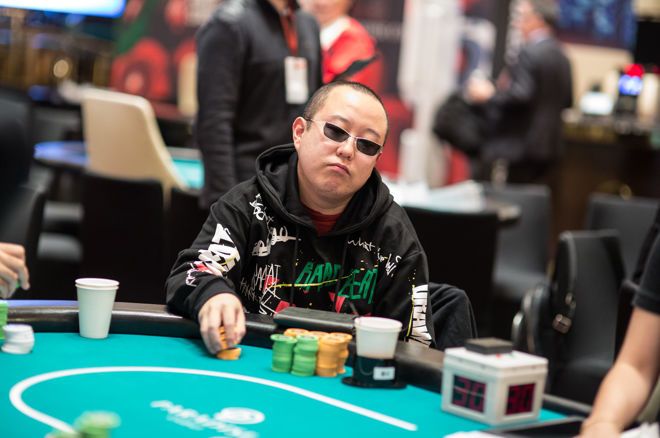 Obara sat around average for most of the day; it wasn't until right after the last break of the day that he started to spin up a stack. He took his first leap forward against Wayne Zhang's big slick when he rivered a flush to take down the pot and secure a full double through Zhang.

He continued to climb during the last three levels of play, opening up and taking down a lot of hands preflop. Obara soon after found himself in a pot with aces against Norihiro Otani's pocket queens and Xiaqing Ji with king-eight suited. He lost to Ji's flush, but took down the side pot, bumping him over the million-mark for the first time.

Team PokerStars Pro Celina Lin managed to spin up a stack during the latter half of the day after struggling to get much going earlier. She was as low as 92,500 before finding a much needed double through Wai Kiat Lee with her pocket threes against ace-king. She continued to run up a stack after that double and starts the second day in fourth place on the leaderboard.

Day 2 will start at 1:00 p.m. local time in the Paradise City Resort & Casino poker room. The PokerNews live reporting team will be bringing all the coverage for this and every other tournament during the 2019 PokerStars Asia Pacific Poker Tour Korea.