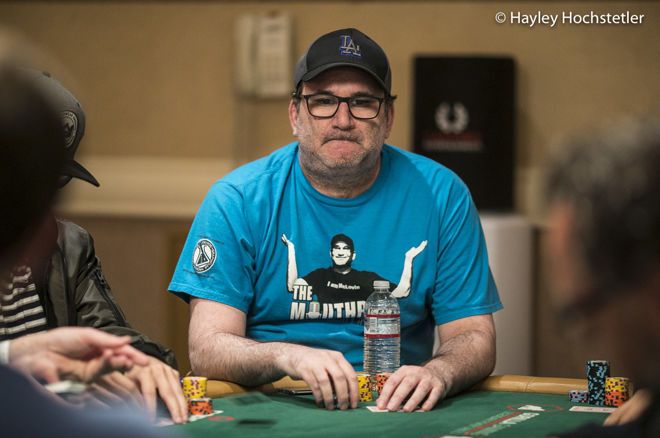 Four-time WSOP bracelet winner Mike Matusow regularly lives up to his 'The Mouth' nickname by shooting from the hip whenever he voices his opinion.

His comments are often provocative and close to the bone. This time, however, he seems to have pushed things too far as he decided to publicly compare the compulsory wearing of masks to…abortion.

The episode started on Thursday, June 25, when Matusow went on a new vitriolic rant on his personal Facebook page to attack the decision to make face masks mandatory at some casinos in Nevada.

The general reaction to his words, however, hasn't been too positive, with some of his followers going as far as to even question Matusow's mental wellbeing.

Why because the radical left are fu**ing hypocrites that's why!

"What's funny is all the sheep who go crazy if we don't wear a mask yet 3 months ago cdc and who said mask are bad!

Matusow's rant continued with two more posts, each receiving plenty of comments, some negative and some citing concern for Matusow's mental wellbeing.

In his last message on the subject, Matusow then referred to an episode featured on the New York Post on Thursday, when Washington state Sheriff Robert Snaza invited people to break the safety order asking them not to be 'sheep.'

Caesars announced it is making the wearing of protective face masks compulsory throughout every one of its properties. Previously, only Caesars' employees had to wear a mask.

The company has now made face masks mandatory while using Caesars' services to everyone, except children under 10yo and people with breathing problems.

"We promised that Caesars would continue to evaluate the latest recommendations, directives, and medical science regarding the COVID-19 public health emergency and modify our enhanced health and safety protocols accordingly.

As a result, we are immediately requiring everyone in our properties to wear masks, because the scientific evidence strongly suggests that wearing masks and practising social distancing may be the most important deterrents to spreading COVID-19 from person to person."

Only a few hours after the announcement, the Nevada Governor Steve Sisolak signed a new directive that requires everyone in the state of Nevada to wear a protective mask in all indoor places and in outdoor places where social distancing measures are not possible.

Part of a statement from Sisolak reads:

"I don't know why or when protecting our health and our neighbours' lives became a political, partisan or even philosophical decision.

For me it's none of those.

It's a medical necessity, a human obligation, and it's good for business. It works.

Every responsible medical professional will tell you a mask helps reduce the spread of an infectious disease. Anyone who's denying that is just denying reality”

These new measures have been put in place after new confirmed cases of the COVID-19 virus have soared since Las Vegas casinos were permitted to reopen.

The state is one of the lesser-effected in the U.S. with 'only' 13,535 confirmed cases in total. That only paints part of a sorry picture, however.

May 4 saw 103 new cases of the virus confirmed by Nevada officials. Casinos were all on lockdown at this time. New cases continued being confirmed on a daily basis, at a rate of approximately 100 per day.

Casinos reopened on June 4 and the day after another 195 new COVID-19 cases were reported, the highest for a month. The number of new confirmed cases has increased steadily since and reached 507 on June 24.

Some 5,593 new cases of COVID-19 have been confirmed since Las Vegas casinos reopened on June 4. That's a staggering 41.32% of all Nevada cases that have come in the past three weeks.

At the current rate of infection, Nevada will have little choice other than shutting down once again and it's unknown if Sin City's venues will be able to survive another prolonged period of lockdown.

Matusow is entitled to voice his opinions and concerns, but to rubbish the need for Nevada residents to protect themselves and others is not only stupid, it is downright dangerous.