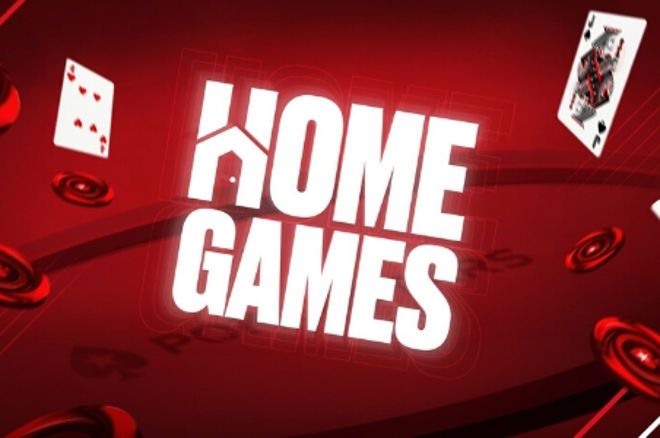 PokerStars has today launched a massive update to its Home Games product, making them available on the mobile app in addition to adding several new game formats.

Home Games have increased in popularity at PokerStars, as they make it possible for PokerStars’ players to create private clubs where they can run cash games and tournaments against friends, family, and anyone else who receives an invite code for the club.

Previously, Home Game players had to be at home, literally, because they were only available on the downloadable desktop PokerStars client. Now Home Games are available on the excellent mobile app, meaning players have more freedom than ever before when it comes to competing against their friends, being able to play poker on mobile as well.

It's so easy to set up a PokerStars Home Game

New game formats are now available. PokerStars has removed some of the lesser played games and added some new variants. You can now create cash games and tournaments in the following disciplines, so you'd better brush up on your poker rules!

Both cash games and tournaments have plenty of customisable options, including players per table, and betting format. Exclusive to Home Game tournaments are options such as rebuys, starting stack, blind levels of three, five, 10 and 15-minutes, and payout structure.

Another welcome addition to PokerStars’ Home Games is late registration for tournaments. Late registration is now available for the first six levels of the tournament, giving you plenty of time to ring round those friends who said they’d join your game but are now off the radar!

Check out some of these Home Games hands!

Five Steps To Creating Your Own PokerStars Home Game

Here is our quick and easy five-step guide to setting up a PokerStars Home Game of your own.

Remember when you join PokerStars via PokerNews you get to also play in our exclusive promotions with them.

LOVE ONLINE POKER? READ THIS: How to Play Poker Online with Your Friends!

Pick a funny name of course, and also pick a unique password in the invitation code field.

Here you can suspend, reinstate, and grant admin positions to players as well as select images and colour themes for the club tab.

This is also where you can invite new members. To do so, select the invite option and cut / and paste the instructions in an email to your buddies.

You can set up specific scheduled tournaments in the manage games tab. There is a real depth of choice here, you can tailor:

You can also set up cash game tables which run 24/7 for both real money and play money!

The PokerNews Guide to Setting Up a PokerStars Home Game