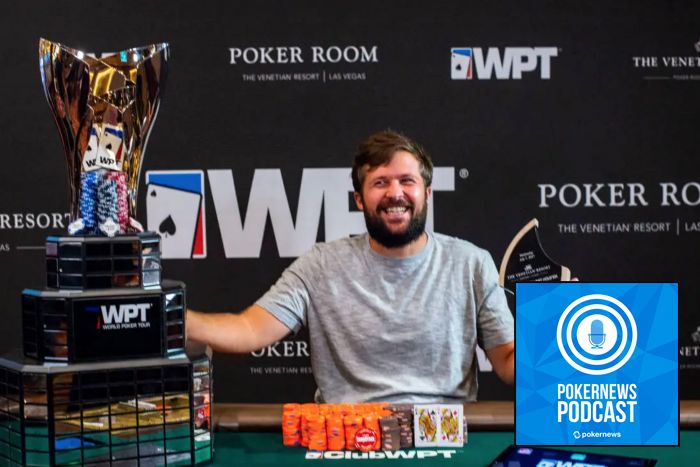 On the latest episode of the PokerNews Podcast, Chad Holloway, Jesse Fullen, and Connor Richards talk about the opening of the Hall of Fame Poker Room at Bally's (soon to be Horseshoe Las Vegas), actor Vince Vaughn taking on former Main Event champs, and the FTX crypto crash.

They also highlight winners from the PokerStars WCOOP, APPT Cambodia, and Bar Poker Open before talking about Phil Hellmuth's crappy record in his NFL "Pick of the Week." However, it's not all bad news as Houston's Mattress Mack won $75 million thanks to the Astros winning the World Series. It was the largest sports-betting win in history!

Finally, this week's guest is Chad Eveslage, who in the last 18 months has won two WPT titles and his first World Series of Poker (WSOP) gold bracelet. Eveslage, who has $6,725,332 in career tournament earnings, recently won WPT Five Diamond for $1,042,300 and before that the WPT Venetian for $910,370 in June 2021. Find out more about one of poker's hottest players in this exclusive interview.

Speaking of the WPT, don't miss out on hearing about this week's ClubWPT Qualifier, who punched their ticket to the upcoming $15M GTD WPT World Championship at Wynn Las Vegas.

Listen to those stories and more in the latest episode of the PokerNews Podcast!

Tell us who you want to hear from. Let us know what you think of the show — tweet about the podcast using #PNPod, and be sure to follow Chad Holloway, Jesse Fullen, and Connor Richards on Twitter.