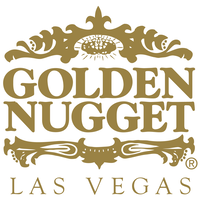 The Golden Nugget Poker Room is currently the only poker room located in downtown Las Vegas, and the oldest one in the city. “The Nugget” has offered poker for decades and has become one of Sin City’s most iconic rooms having formerly played host to iconic poker television shows such as High Stakes Poker, Face the Ace, and NBC’s Poker After Dark.

Home to the long-running “The Grand Poker Series,” poker at the Golden Nugget Las Vegas was championed by Steve Wynn back in the 1970s. Former Poker Hall of Fame nominee Bob Hooks helped him get the room off the ground, and throughout the years several industry stalwarts have worked at Golden Nugget including Frank Cutrona, who held popular celebrity poker charity events in the 1980s, and current Director of Poker Operations Andy Rich.

Over the years, Golden Nugget has held several historic poker events. In the 1980s it was the home to the Grand Prix of Poker – which has been won by the likes of Dewey Tomko, Jim Doman, Hugo Mieth, and David Baxter – and in subsequent years has included Poker Superstars Invitational, US Ladies Poker Championship, and the Layne Flack Poker Throw Down.

In 2005, it also hosted the 2005 NBC National Heads-Up Poker Championship, which was the year Phil Hellmuth bested Chris Ferguson in the finals to capture a $500,000 top prize.

The poker room at Golden Nugget offers various levels of cash games, including a popular $1-$3 no-limit hold’em game with no maximum buy-in. They have high hand bonus promotion where if a player makes either quads or a straight flush using both cards in their hand they win a posted bonus (between $50 and $599). Making it even sweeter is that if the high hand is hit between 8 a.m. and 2 p.m. the bonus is doubled (Except the Royal Flush, which is never less than a $200 bonus)!

They also offer a progressive Bad Beat Jackpot, which starts at $10,000 and grows daily, where if quad deuces or better loses, the entire table gets paid!

Higher limits are available upon request

The all-star movie was about a fictional poker tournament called “The Grand,” which the following year became a real tournament when the Golden Nugget hosted the first Grand Poker Series. The inaugural $1,080 Grand Final saw Inhpounh Vongvone emerge victorious for $21,728.

Since then, “The Grand Poker Series” has become an annual event and a staple on the poker calendar.

Given its longevity in the Las Vegas poker landscape, the Golden Nugget all-time money list is comprised of some of the biggest names in poker. Sitting on top as the only seven-figure money winner is Dewey Tomko, who has amassed $1,038,134 in tournament cashes at the Golden Nugget. Of that, $355,000 came from Tomko’s victory in the 1985 Grand Prix of Poker $10,000 Main Event.

Courtesy of The Hendon Mob.