Dealing with Pressure to Show Cards in Friendly Games 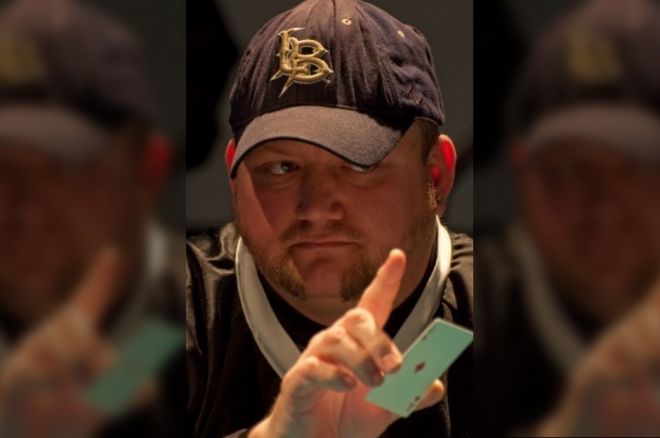 Twice a week, I play in a friendly home game with a small group of regulars who mainly play for fun. Their primary goal seems to be to play a lot of hands and try to get lucky occasionally. Some of them do make an attempt to get better at the game, but others scoff at the idea that poker is anything more than a crapshoot. My favorite quote from one of the regulars is “Why should I read a poker book if it ain't gone tell me what's coming on the flop?”

I have done well against these guys by simply playing stronger ranges than they do — in other words, by following some advice I once read in a poker book. Not surprisingly, I am frequently referred to as a “nit.” They say I seem always to have a good hand at showdown, which is usually true.

When I win hands without a showdown, some players after having folded to me will then try pressuring me into showing my cards, often to no avail. But occasionally there are good reasons for me to show my cards in these spots. If you find yourself facing similar pressure, here are some tactics you can use to appease opponents who petition you to show your cards while also making yourself appear looser than you actually are.

Contrary to popular belief, I sometimes play trashy hands. This usually occurs when I am in the big blind or on the button. If I win a small pot in those hands, I may show off my “big blind special.” Or if I lose a small pot, I may announce my “7-high” and show my cards after a failed bluff attempt.

The point is to make sure my opponents see me play trashy hands in small pots so that later they'll remember these hands when I bet in big pots where I will usually have a good hand.

Sometimes there will be a misdeal, the blinds will chop, or I'll be the last player to fold in the big blind. These are good situations to show more trashy hands without giving up any real information. Even though the hands I show reveal absolutely nothing about my strategy, most players will remember the cards they saw and the fact that I showed more so than the details that led up to me showing.

Even we nits play a lot of

-hands. If I play a hand that contains an ace and win, I will sometimes consider showing just the ace. This can inspire curiosity in a lot of players. In their minds, they will assume that the other card must not have been that great if I chose not to show it as well. This can help me to get paid off more in games like this where the vast majority of my bets on later streets are for value.

If I am playing against loose passive players in a friendly game, then I am not going to be doing a ton of bluffing because they love to call. That said, there will be some spots where bluffing is profitable.

If I find myself in one of these rare spots, I will show the bluff occasionally just to let them know I am capable of it. They may just give me credit for doing this way more often than I really am and pay off my value bets more in the future. This may also tilt someone and make the game more juicy, but I would never purposefully do it for that reason in a friendly game. I would only use this tactic on someone who has been correctly folding to my value bets.

Even though I play a stronger range than my opponents and usually make value bets that I want to get called, there are times when I want everyone to fold. One such situation occurred in a session during which one player got crazy with large straddles. She would frequently straddle the button for about 10% of my stack and often get one or two callers. (For more on straddles, see Robert Woolley’s introduction “Explaining the ‘Straddle’: It’s Not As Obscene As It Sounds.”)

In this spot, I would shove with strong

-suited hands, hands with two suited Broadway cards, and medium pairs. After doing this a few times, I protected that range by shoving premium hands like

as well. These then became good times to show the bigger hands hopefully to produce more folds in the future when I shoved the marginal hands.

Good poker players ought to make sure recreational players are having a good time. This is especially true for those of us who play in home games where we risk not being invited back if we make the game less fun for others. Such players often love to show their cards and also to see yours. If you choose spots to show your cards wisely, you can give them what they want without giving them what they need.