An Introduction to the Idea of Elasticity in Poker 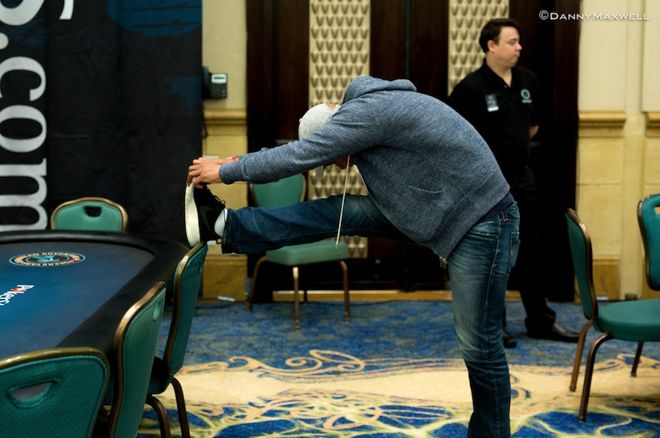 A couple of years ago, I started noticing poker strategy articles that mentioned "elasticity" or "elastic/inelastic ranges." I couldn't figure out from context what they were talking about. I made a mental note to investigate this. Now that I've finally gotten around to doing so, I thought I'd share what I've learned.

We have to start with economics, because that's the source of this terminology.

The basic law of supply and demand says that, all else being equal, if you raise the price of a product, you'll sell less of it, and if you lower the price, you'll sell more. But some products are more sensitive to such changes than others.

For example, people buying a Ferrari tend not to be too concerned about the exact price. They want it, they can afford it, and they'll pay what it takes to get one in their garage. Ferrari could raise the price a few thousand dollars, and it probably won't much change their sales numbers. They could also lower the price a few thousand dollars, and probably not pick up many additional sales, because if you won't buy a $250,000 car, you won't buy a $240,000 car, either.

The demand for Ferraris is thus relatively inelastic. But we still have to say "relatively," because if Ferrari gets too greedy, some percentage of would be customers will decide to go for a Lamborghini or McClaren instead, or buy a used Ferrari, or postpone the purchase until they have more money saved up.

Conversely, consider the market for a car like the Toyota Corolla. Its buyers tend to be far more sensitive to price. Part of this is because they generally have much lower disposable incomes than Ferrari buyers, and part of it is that Toyota has far more competitors than Ferrari does. Customers will readily bolt to Honda, Chevrolet, or Hyundai if Toyota raises the price too much. The demand is thus relatively elastic, because the number of sales is quite sensitive to price fluctuations.

Mike Caro often says that you should think about value betting in poker as "selling your hand" to a customer. As with anything you're selling, you want to get the best possible price, but not set it so high that you lose the sale. The degree of flexibility you have in setting your price is elasticity.

Most betting situations are relatively elastic. If you bet $10 into a $100 pot, you'll get a ton of calls, but if you bet $1,000 into that same pot, you'll get very few. It should be obvious that players will call the $10 with a wide range of hands, but call $1,000 only with the nuts or near-nuts.

The guy who boasts that he'll never be bluffed, for example, is telling you that he is a relatively inelastic caller. You can overbet the pot, and still get a call from his medium-strength hands. He so bitterly hates to let anyone get away with a bluff that he's willing to endure a lot of losses to prevent it.

Other players are extremely price-sensitive. The best ones even make the call/fold decision based on rough mental math about the size of the pot, the size of the bet, the range of your hands they beat, and the fraction of the time they need to be right in order for the call to be profitable.

One of the rubber-meets-the-road consequences of this whole concept, then, is that you need to be assessing every opponent for his general elasticity. To what extent is he price-sensitive in deciding between a call and a fold?

on a board of

. An opponent with a relatively elastic calling tendency — i.e., high sensitivity to price — might call a pot-sized bet only with a queen-high flush, the second nuts, while folding everything else. But for a half-pot bet, he might call with baby flushes, and for a quarter-pot bet he might call with his straights and sets. Meanwhile he might fold his top-pair and two-pair hands for even tiny bets, not willing to lose a single more dollar with an obvious loser.

On the other hand, a player with a relatively inelastic calling tendency — i.e., low sensitivity to price — might call a pot-sized bet here with just top pair and a good kicker, doing so on the off-chance that you're bluffing. He might call a quarter-pot bet with even less, using the same rationale.

The most profitable bet sizing strategy against the elastic player, therefore, is to bluff relatively big and value bet relatively small. The larger bluff will fold out most of his range, and you'll win the pot except for that small percentage of the time that he is holding the very top end of his range, with which he'll call. The smaller value bets will come close to getting as much money out of him as he's willing to commit.

Bet sizing strategy is just the opposite for the relatively inelastic player. Your value bets should be large, because he'll be calling them quite often, with a large portion of his range. But your bluffs should be small, because he's folding nearly the same range to a small bluff as to a large one, and you'll lose less when he does call.

A reader of the first draft of this article told me that the use of elastic and inelastic seemed counterintuitive — that is, the labels seemed switched from what they should be. Here's why:

Conceptually, the player I'm calling "elastic" has some amount that he's willing to call in a given situation, but no more. His call/fold threshold seems fixed, rigid, and therefore it seems like he might better be called the "inelastic" one. Conversely, the player I'm calling "inelastic" seems willing to stretch the amount he's willing to call to match nearly any amount bet. He's malleable in that sense, and therefore he might better be called the "elastic" one.

I understand that objection. It certainly has some intuitive appeal. However, we're stuck with the terminology as it is.

Since I don't have the power to change these labels, let me suggest different mental imagery that might help them stick better. Think of it in terms of the player's call/fold decision.

Even when you have a good sense of a particular opponent's general tendency with respect to elasticity, you need to take into account that it can change in specific situations. The most common way this comes up in small-stakes no-limit hold'em cash games involves players who are good enough to be appropriately elastic in most situations, but become quite rigidly inelastic in others.

The classic example is the player who just cannot fold pocket aces, no matter how scary the board, and won't fold pocket kings as long as there's no ace showing. Though this kind of player usually has a reasonably high calling elasticity, in these two situations it stiffens up like Silly Putty that has been left out of its egg too long. (Am I dating myself with that reference?) He is calling you regardless. So if his betting has suggested he has one of those two hands and you have it beat, you might as well crank up your bet size.

Even more common in such games is the player who can't fold a flopped set for any amount of money. Again, if you sense that that's the situation, and you have the winning straight, flush, or a better set, the technical terminology for the correct strategy is, "value bet the snot out of him." That, of course, would be foolish against a cagier, more experienced player who has learned the discipline to fold sets when necessary — i.e., one who is still elastic to bet sizing even with a strong hand.

If elasticity has not previously been in your poker vocabulary, I hope this introduction gives you a new conceptual tool with which to analyze opponents and situations more keenly than you could before.