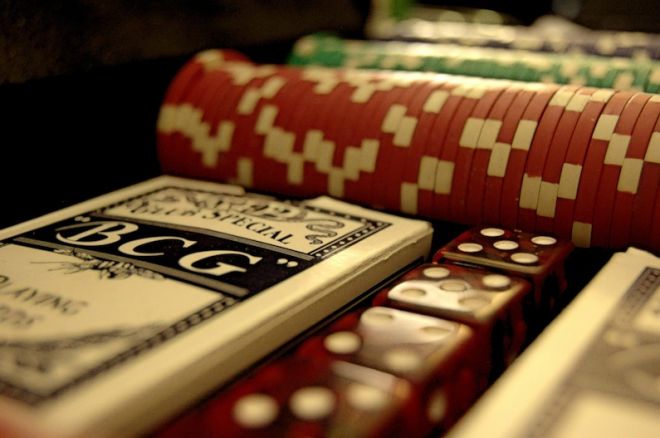 Sure, many of us love casino poker. It’s convenient and for a fee known as the “rake” or “drop,” the house takes care of all the details of running the game, recruiting players, providing chips, a nice table, cards, a dealer, a cashier, and often convenient food and beverage service. Similarly, there are a lot of advantages to playing online.

But for me, my favorite form of poker is the old fashioned kind, the type played in living rooms, kitchens, basements, and dens at home — “home games.” And I am an expert at them.

Let’s be clear. I’m not talking here about “house games,” that is, games that are really much like the casino game, only played out of an apartment, hotel room, or even someone’s home. Those games often run very much like a casino game, with house dealers, casino-style cards, chips, and tables, and a casino-like rake (or even a higher one).

There’s surely a place under the vast poker sun to talk about “house games” as well, but I’m focusing on the amateur affair — the type of games our parents and grandparents played back in the day. As such, I will be looking at a type of poker that is still immensely popular but rarely addressed in the many books and articles published today on the subject of poker.

These home games are often “dealer’s choice” games, where each player deals and calls the game. These games include varieties of poker that we see in casinos, like hold’em and Omaha, but also many non-standard variations that you rarely if ever see in a public poker room. These “home game” variations could include such games as Double-board Omaha, Hold’em High-Low, 7-card stud high-low declare, Boston Stud, Miami, and 3-card Hold’em, as well as games with replacements, extra cards, twists, and all sorts of extra flops, turns, and rivers. They sometimes even include wild card games like Baseball, Low Hole Card Wild, and 5-card draw, deuces wild.

The purpose of this column will be to present articles that address that game — home game poker (though I will tend to set aside, at least at first, the crazier games and the wild card games). This column is interested in helping you get an edge in those popular but rarely written about games, showing how to adjust your strategy to win in the different setting of a home game. In so doing we’ll look at strategy considerations for games with unusual variations, and also general considerations for playing in a home game environment.

But before we start discussing home game strategy, we need to address one other matter first. How do you find a good home game?

Finding a home game is not always easy. In fact, it has been made more difficult by the expansion of public poker rooms around the country, at the expense of home games.

In the old days, the only public poker that was readily available were games in California, Nevada, and some parts of Washington state. If you lived anywhere else, before 1992 or so, you played poker in a home game. There were more games available then — and they were easier to find. But with the enormous expansion of legal, public poker venues came the demise of private games. Why spend the time and energy organizing a game at home when a good poker game is conveniently located near you?

Today, finding a good home game can be tough. So let me give you a primer on how to find one.

Online sites can be a first step to try. There are a few sites on the web devoted to home poker games that list games by geographic region — search around, they aren’t hard to find. There’s also Craig’s List and other similar sites. Check them out. You might find something that is nearby and that has been posted relatively recently.

However, my experience lately has been that the chances of finding a game this way are slim, which is understandable as folks are concerned about letting strangers into their games. So if that doesn’t work, let me suggest the following tips:

Explain to them that you love to play poker and that you’d like to find a nice friendly game nearby. Keep track of what they say. Don’t turn away any suggestions they make — even if they say that the stakes are very small or very big. One game leads to another, and one person leads to another.

I’m referring to fraternal, ethnic, neighborhood, business, professional, military, and religious organizations. These can be especially good resources if someone from your initial list of contacts is connected in some way.

I found my best game by visiting a downtown businessman’s club — the Union Club of Boston — and just asking if they had regular card games for members. They told me that they had a poker game and then gave me the contact information. You should do the same.

3. Go to the local library

There are often clubs that meet at libraries for card games like bridge, cribbage, pitch, or euchre. Find out about who organizes them. Check out other non-card games like chess, backgammon, scrabble, or checkers. Organizers of those games may well know of some poker game. I’ve even seen a poker game advertised at the library — it was a discussion group more than a game, but still, it was a starting place.

If none of the above pans out, or if you want to track every possible source, you can visit the bars, hotels, motels, restaurants, pool halls, nightclubs, bingo halls, racetracks, or other places that might have some connections for you.

If you are visiting a city and want to find a game before you arrive, I’ve found that it is helpful to start with your own personal networks. I’m Jewish, so when I wanted a game in Lynchburg, Virginia — a place with no public poker rooms — I called the synagogue. I asked for a service and I asked for a poker game. Believe it or not, they didn’t have a daily service but they put me in touch with a local merchant who knew of a game, and it turned out to be both fun and profitable.

6. Accept an invitation to ANY game, no matter how big or small

I once got an invitation to the perfect $5/$10 pot -imit game from a guy I met in a game played with a nickel ante. The nickel ante game was a social affair for this guy who played much larger when he wanted serious poker. I met him in the small game, and he brought me to the larger game.

7. Keep track of what you learn in some organized way

It’s easy to forget contacts, phone numbers, emails, and the like. So write them down or enter them on the computer and get back to them occasionally to see if they have turned up any useful information.

It took me a couple of years of asking around before I found a game I really liked in the Boston area where I’m from. But once I found a game I learned of dozens more. I now know of many dozens of games, played just about every night of the week, for stakes that range from $1 limit to $5,000 buy-in games.