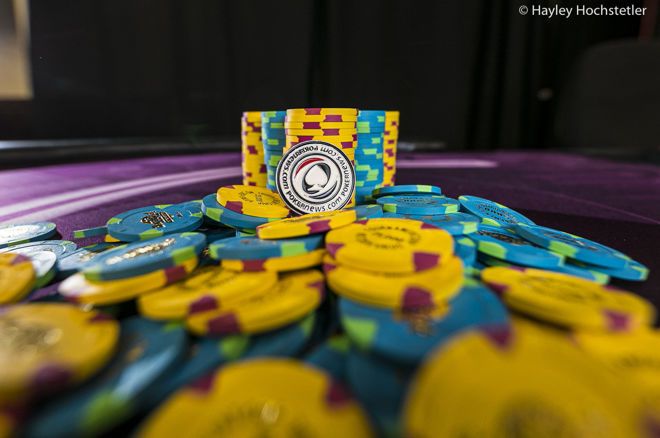 For the average player, emotions often get in the way of good decision-making, which is understandable.

It's easy to be emotionally invested in a game for money, especially one with so much variance.

Variance also makes it easy to develop misconceptions about the game based on short-term results.

An average player may get all-in with ace-king, run into pocket aces, and as a result play ace-king more passively the next time they get it.

Misconceptions will eat away at your win-rate and skew your perception of winning poker.

In this article, we'll discuss three common misconceptions about playing winning poker and why you should avoid them as you strive towards your goals.

Anyone who has spent time in live games or poker forums is probably familiar with formulaic phrasing like this:

If you call pre-flop, you have to call on that flop!"

If you called the flop, you have to call on a blank turn.

Advice like this is thrown around somewhat frequently despite being completely untrue.

You have to look at each street individually and play accordingly.

Let's take a closer look at that "If you call pre-flop, you have to call on that flop!" example.

Some players assume that if you choose to play a marginal hand and hit the flop relatively well, you have to see the turn and river.

For example, suppose you're playing a tournament and a player min-raises in middle position.

The player on the button calls and you look down at

in the big blind. You're getting a good price with a hand that can flop well, so you call.

— a pretty decent one for your hand.

You check, the preflop raiser bets half pot, and the player on the button raises big. This is where one might incorrectly say "if you play 4-3 suited pre-flop, you have to call when you flop a flush draw!"

There are actually a few reasons why you can easily let go of this flush draw on the flop:

But none of these reasons make your pre-flop call any less profitable!

Every decision in poker is independent, so simply make the best possible decision based on the information available to you.

Read Also: What is the straddle bet in poker?

2. Short-Term Results are a Strong Indicator of Long-Term Trends

As emotional and subjective beings, we have a tendency to view variance in poker incorrectly.
Winning players can lose in the relatively short term, and it's easy to be adversely impacted by such variance.

They may even feel hopeless and deterred from playing due to the severity of a downswing.

In reality, these past events have no influence on future ones, so a winning player on a downswing simply needs to keep grinding until variance turns around.

Similarly, players of games that offer low hand volume, such as live cash, oftentimes make incorrect adjustments as a result of variance. If you have ever played live poker, this idea will resonate with you.

Imagine playing live cash as a new player sits down to your left.

Within 10 hands, said player open-raises five times and 3-bets once. Most people would quickly assume this new guy is a loose and aggressive player, and he just might be.

Because of variance, however, it is very possible this "aggressive" player has simply been dealt with a series of relatively strong hands in a row.

His opponents may over-adjust in these instances and find themselves making incorrect plays based on shaky assumptions.

Making decisions based on shaky assumptions is a quick way to lose a ton of chips. Instead, keep in mind the information that you have gathered on your opponent and make gradual adjustments with appropriate hands.

Most importantly, avoid making huge adjustments until you have reliable info to support them.

Another common (and sometimes dangerous) misconception in poker is that win-rates are consistent.

This happens most often with cash game players. A player looks at their current win-rate and assumes that they will continue to win X amount of money over Y amount of hands.

The dangerous part is when a player relies on this number as if it is a stable income.

In reality, prolonged downswings and upswings are common for professional poker players, and this makes predicting your exact monthly income basically impossible.

Read Also: When and How Much to 3-Bet From Out of Position

A practical problem arises for players with this "grind X money in Y times" mentality: it is not conducive to bettering yourself as a player.

Instead of focusing on how to improve your win-rate, you spend time grinding out your current one, ignoring your development in the process.

For tournament players, estimating earnings is even more difficult. Large field tournaments boast the highest variance of any common game, so players in poker tournaments can easily develop an inaccurate sense of their true tournament ROI (return on investment) after a big score or a lack of one.

The top-heavy payout structure in most tournaments means that you can lose for months on end, even if you're a proven winner.

On the flip side, a weak player can run well in the short term, leading them to overestimate their ability.

In reality, it takes playing thousands of tournaments with similar fields before you can get a more accurate sense of what your ROI is like in them.

As a poker player, you have to try your damndest to think critically about everything you hear and avoid believing misconceptions like the three we discussed today. That's the mindset you need to reach your full potential in this beautiful game.

Note: If you'd like to test and improve your poker skills for free, click here to take poker quizzes!

Upswing Poker's quizzes are a great, risk-free way to practice playing poker and they come with in-depth answers and explanations so you can better your strategy when you get one wrong. Browse the poker quiz library now!

Party on with 50 Free Spins at PartyCasino

7 Casino: Register, Deposit, and Win up to 77 Free Spins