The Impact of Rake in Low-Stakes Cash Games 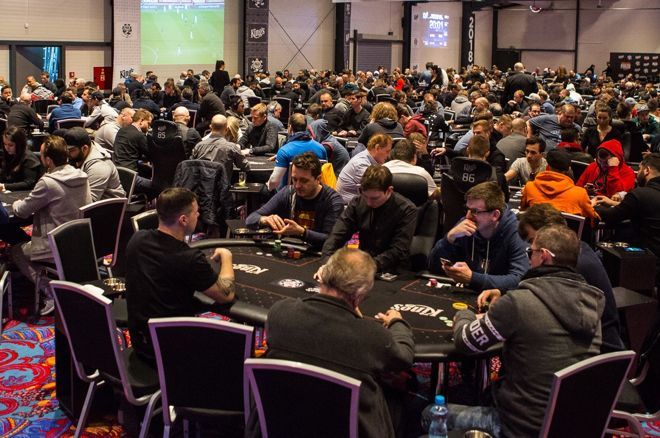 Many players have strong opinions about the impact rake has on our no-limit hold'em earn rate. Since actual data is the best way to answer such a question, I gathered hand histories from Las Vegas $1/$2 and $2/$5 no-limit hold'em cash games. Overall, I analyzed nearly a thousand hands taken from four Las Vegas cardrooms at various times of the day and on various days of the week. There were differences among the cardrooms, but I will only summarize the averages here.

Equity rake is the average rake the players paid per hour. But individual players vary from this depending on their playing styles. For example, a tight player will play fewer hands and probably win fewer pots per hour, so his equity rake is probably smaller. Nevertheless, we can learn a lot about the impact rake has on our win rate by studying Mr. Average.

Let's consider Tom Terrific, an extremely good player earning $20 per hour. He would then make about $30 per hour if he could play without a rake. So rake takes an incredible 33 percent from Tom's pre-rake profit, a big factor in his earn rate.

Now let's consider Solid Sam, a decent player making $5 per hour. His pre-rake profit would be $15 per hour and his rake tax would be about 67 percent, double Tom's tax rate. Talk about a regressive tax!

Or we can consider Mediocre Max, a break-even player. His pre-rake profit would be $10 per hour and the rake tax takes all of it.

So the impact rake has on our profit depends on how profitable we are.

Suppose the bell curve distribution of win rates for all NLH cash game players is symmetrical. In that case, the average Vegas $1/$2 player loses nearly $10 per hour, or 5 big blinds per hour, entirely due to the rake. So Max must be much better than mediocre in just to break even. This clearly illustrates that we must be significantly better than average in order to overcome the rake.

One possible solution to our rake problem is to move up in stakes. The right-most column in the table shows the stats for Vegas $2/$5 NLH. We can see that in those games the average rake is about one-third higher in terms of dollars. But the average rake is much smaller in BBs or as a percentage of the average winning pot size.

Let's consider Tom Terrific again, Tom makes $40 per hour in $2/$5, slightly worse in BBs per hour than he earned playing $1/$2. He would then make about $54 per hour if he could play without a rake. So rake takes a somewhat lower 26 percent of his pre-rake profit.

But let's not lose sight of the most important parameter here: our hourly win rate. A player who can eke out a small $1/$2 profit may well be a loser in the tougher $2/$5 game.

A rake increase at our local cardroom would be depressing to contemplate. Some Vegas cardrooms already take a $5 rake, and it can be even larger in other parts of the world. When we see the impact this has on our bottom line, we may wish to reconsider which cardroom we frequent.

The middle columns in the table estimate the cost of a 10 percent rake, up to a maximum of $5 or $6. At first glance, these higher rakes don't seem to be too terrible, increasing the rake per hand only modestly. However, when we consider the equity rake per hour, the average player loses and additional $1.36 per hour for just a $1 maximum rake increase. A $2 rake increase leads to an additional $2.54 per hour average loss in win rate.

We might also expect that a winning player will win a dollar or two less per hour with these higher rakes. But it could be even worse if the higher cost induces the worst players to leave the game, enriching the quality of the remaining player pool.

Our situation seems even bleaker when we consider the jackpot drop. The Jackpot-1 stat refers to taking a one dollar jackpot drop whenever there is a rake drop. We can see that this averages to about $0.71 per hand, which would be an "equity jackpot" cost of about $3.24 per hour. This is even worse when a second jackpot dollar drops when the pot reaches $30, the Jackpot-2 stat.

However, nearly all of the jackpot money is returned to the players by way of jackpot payouts. So our equity jackpot losses should not be part of our thinking as long as we participate in all the jackpot opportunities the cardroom provides.

Suppose the cardroom has a $300,000 "freeroll" tournament requiring 120 hours of play to qualify. This tourney is funded by the jackpot drop from as many as 430,000 dealt hands, so it represents a big chunk of the total jackpot money collected.

If we play insufficient hours to qualify or don't bother to play the freeroll, our share of the prize pool can never come our way. For 1,000 entrants, that would be $300 per player for perhaps 100 hours of qualifying play. Clearly, many players have subsidized the tourney players. So when a cardroom offers such a freeroll, we should make sure we qualify and play, otherwise a big portion of our jackpot "contribution" can never come back to us.

Another common example is "Quad-flopper Tuesdays," where a cardroom pays a $500 jackpot for flopping quads on a Tuesday. If we never play on Tuesday, we are subsidizing those players who do. By piling up our playing hours on days with special jackpot promotions, we are the players being subsidized by players who don't.

Finally, we sometimes see a progressive bad beat jackpot that can become a huge windfall for some lucky player. I don't favor the progressive jackpots because they can take a huge chunk out of the total jackpot pool, and that jackpot money usually leaves the poker community. Furthermore, a large jackpot will automatically trigger a federal income tax liability. Although the live-changing nature of a huge jackpot will induce many players to chase it, I would prefer to see smaller payouts. The $500 quad-flopper jackpot won by a poor player will likely reach our own stack eventually.

Rake and jackpot drops have a major impact on our low-stakes NLH profitability. They are the driving force dictating that few players are winners. But since we don't generally have the option to play rake-free, all we can do is to play where the rake is smallest. And we can minimize our jackpot tax by exploiting every opportunity to win a portion of the jackpot prize pool.

Tommy Angelo Presents: Checking Behind on the Flop with a Straight Draw