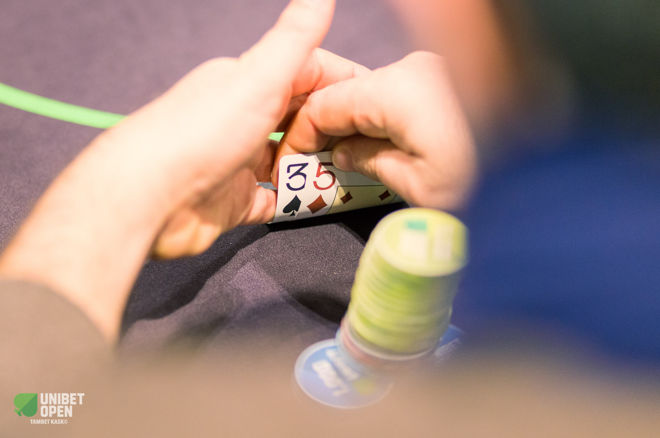 Wouldn’t it be nice, though, if we could avoid repeating the same mistakes over and over again?

That’s the subject of an article I recently read in Atlantic magazine titled “Why Mistakes Are Often Repeated” by Olga Khazan. The article summarizes recent research in what makes us keep screwing up in the same ways instead of learning how to do better.

For example, she describes a study done by Roozbeh Kiani at New York University:

The study participants watched a collection of moving dots on a screen, and then used their eyes to indicate the direction in which they thought the majority of the dots were traveling. Both humans and monkeys took longer to make their next decisions after a wrong answer, with the effect more pronounced for difficult choices than for easier ones. The slowness didn’t make them likelier to be right, though, suggesting that the subjects were consistently using weaker information to decide.

The reason for the reliance on worse information might be that 'the brain gets involved in a quest to understand why the error took place,' Kiani said. It tries to figure out, why did this error happen? Did something about the world change? Is there something wrong with me? 'The negative feedback triggers a cascade of computations,' Kiani said, which distract from the decision at hand.

In the study, this didn’t happen when researchers had subjects wait a short while before attempting the task again. That pause gave subjects’ brains a chance to recover from the negative feedback.

In a poker context, this makes perfect sense. While you’re mulling over the hand from 15 minutes ago that knocked out all of the profits you had accumulated over the previous six hours, the game is still going on. You can’t focus on all the things demanding your attention to make optimal decisions right now while you’re analyzing what went wrong then.

First lesson, then — if you think you’ve played a hand badly, make some basic notes about how it went down as a memory aid for later, but then put it out of your mind until you’re away from the table.

Next, Khazan describes a problem about reinforcing our own errant mental processes:

In 2008, researchers at McMaster University in Ontario found a similar problem took place with 'tip of the tongue' phenomenon. 'This can be incredibly frustrating — you know you know the word, but you just can’t quite get it,' the researcher Karin Humphreys told LiveScience at the time. 'And once you have it, it is such a relief that you can’t imagine ever forgetting it again. But then you do.'

The reason? The time you spend sifting for that word reinforces a 'mistake pathway' in the brain, essentially digging yourself further into the wrong groove. The next time you’re hunting for the elusive word, your brain will reflexively draw a blank instead.

I think the poker lesson here is about the difference between ruminating over a hand gone bad and actually analyzing it.

If all you do is replay the mental tape of the disaster unfolding, and feel the pain of the loss again and again, you don’t fix it. In fact, it’s possible that obsessing about it that way creates brain circuits that make you feel like that sequence of events was inevitable. Not only does this prevent you from discerning objectively what you did wrong, but that sense of inevitability might even make you more likely to repeat the error in a future similar situation.

In short, even after you get home from the session, you may not be in the proper frame of mind to engage in hard post-game analysis. If you’re still stinging from a loss, trying to assess your mistakes might just lead to rumination about how badly you played, which is counterproductive, rather than useful, constructive, objective analysis.

In a similar vein, I’ve often heard the same advice about avoiding obstacles from both professional race drivers and pro bicyclists — that is to say, look at where you want to go, not at the thing you’re trying not to hit. Cyclists, for example, should direct their eyes to the path around the pothole, not the pothole itself. As a driver, you shouldn’t look at the car that suddenly pulled in front of you, but rather at where you need to go to escape the impending collision. This is because we have a strong subconscious tendency to steer where we’re looking.

If your post-poker analysis is stuck in rehearsing what you did wrong and its disastrous results, it’s like teaching your brain to focus on the obstacle, instead of the path around it. Your goal is enlightenment, not self-recrimination. You’re not to berate yourself, but figure out ways of managing the same situation better the next time.

Finally, Khazan gives us this insight:

There’s also evidence that our brains are wired to pay attention to things that were rewarding once, even if they aren’t anymore. For a small study recently published in the journal Current Biology, Johns Hopkins University neuroscientists had 20 people find red and green objects among shapes on a computer screen. They were paid $1.50 for each red object and 25 cents for each green one. The next day, the researchers had them do the same thing, but this time they were told they would not be rewarded for finding either color. Still, participants zeroed in on the red objects over the green ones.

This brings up an oft-noted troublesome phenomenon about poker — its erratic system of punishments and rewards frequently teaches us the wrong lessons.

-offsuit and twice in a row end up with improbable monster hands that win big pots, you absolutely will remember that, and in the future it will be that much more difficult to play that particular starting hand correctly — which is almost always to throw it away. I wrote about this a year or so ago, calling it “The Jack-Four Effect,” after the starting hand that first made me aware of it in myself. Keep in mind that what rewarded you once will not necessarily reward you in the future.

But there’s more to be learned from this bit of research, I think. The poker landscape is littered with players who were successful for a while, but who are now net losers. Though there may be many reasons for this, one prominent one is that they failed to adapt. Their opponents, on average, were getting better at the game, while they were stuck playing the way that had once been profitable. They can’t learn a new and improved strategy.

In fact, usually they don’t even recognize the true nature of what has gone wrong. Because they know that the old ways worked great in the past, it doesn’t even occur to them that they need to change. They just keep chalking up month after month of losses to their incredible bad luck — and they’ll be happy to tell you any number of bad beat stories to prove it.

So take a lesson — or two or three — from psychological research. There’s no shame in making mistakes, but if you keep making the same ones again and again, that’s something you need to fix.

Winning the Leveling Game in Poker