What Can You Learn from an Old-School Poker Player? Plenty 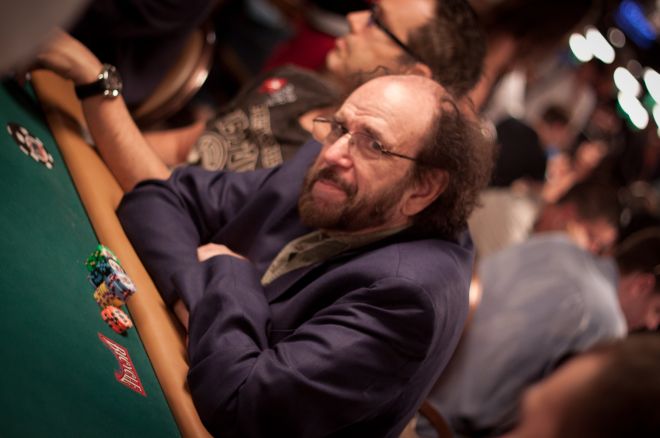 I started writing this week’s column, and realized that I needed to locate a pithy quotation from Mike Caro that I only half-remembered. That got me looking through my archive of notes that I’ve gleaned from his books and articles over the years. In my searching, I was reminded of so many good tidbits that I decided to set aside what I was originally writing about, and devote today’s column to Caro, on the assumption that many people newer to poker may not have encountered him.

Mike Caro practically defines old-school poker. He played for a living in southern California when there were only a few rooms, the games were all dealt by the players (with all the shenanigans you’d expect from that arrangement), and the only legal games were draw. He was instrumental in getting the ban on other forms of poker overturned by the courts in that state, and in establishing a standardized set of rules for poker rooms.

Caro wrote the original books on interpreting tells, and contributed to Doyle Brunson’s first edition of Super/System. He did the first computerized research on poker probability and strategy, and designed the first artificial-intelligence poker player, a program called “Orac” (“Caro” spelled backwards). Between his books and magazine columns, he may have written more words about poker than anybody alive.

For hard-core strategic advice, my favorite writer is Ed Miller. But for the broader and more important subject matter of how to think about poker, Caro has probably influenced me more than any other author. It’s past time that I paid him a little tribute by highlighting some of the gems that have impressed me enough over the years to take special note of them.

The single most profitable piece of poker advice I ever learned anywhere came from Caro. It concerns how to play against a poker bully. He has elaborated at length about this, but here’s the short form of his recipe:

Don’t try to be more aggressive than the bully in retaliation. He’s making the mistake of wagering too much and too often. The last thing you want to do is get in a war with him to see who can make that same mistake most often. Check and call. This is one way in which poker differs from life. In real-world conflict, you might need to fight back. But there is no known strategy in the poker universe that can allow a bully to take advantage of you if you simply check more often, call more often, and allow him to self-destruct.

I like Caro’s ability to think in what seem like crazy ways. For example, he argues that the irreducible, core element of poker is the ability to bluff because you possess information that your opponents do not, and that this element is even more important than the use of playing cards. He illustrates this point by imagining a poker game played with no cards — just cow chips that the players gather from a field in paper bags, hiding them from view.

The column, titled “Poker’s great illusion revealed,” is worth a read.

When writing columns in the past for Poker Player Newspaper, one of Caro’s favorite devices for delivering his ideas was via the question-and-answer format. For example:

Question: How much of your lifetime poker profit will be a result of superior thinking relative to your opponents?

Answer: All of it.

Caro has a way of showing me a new way of thinking about common situations. For example, we’re all tempted to get irritated when another player’s bad decision ends up winning him a pot that we “should” have won. But there’s a better way to think about this, as Caro once demonstrated in another Q&A:

Question: Does it upset you when players make decisions that cost you money because of their ignorance?

Answer: No. Those plays don’t cost me money. They provide me with money. Even if the poor play is successful this time, I know that all such plays bundled together add to my bankroll. That’s because players who make mistakes cost themselves money.

That money has to go somewhere. Eventually, it comes to me. So, why should I be upset when opponents act in ways that build my bankroll? They may fail to help me this hand and take the pot. So what? At least they’re trying to help me. And eventually they’ll succeed.

One of my favorite bits of perspective change that Caro gave me was this snippet about how to approach a poker game:

Wrong attitude: Entering a poker game hoping to get lucky and win your opponents’ money.

Right attitude: Entering a poker game and realizing that your opponents are holding your money, and they will need to be very lucky to keep it.... All those chips and all that cash, all the money hidden in purses and wallets is yours. You want it. You deserve it. It is a crime against nature that those people are fondling your money. They have no right to it. It is yours, and you intend to play the best poker possible in an effort to bring justice to your bankroll.

Here’s another example of Caro flipping the way you likely think 180 degrees:

Players complain about being drawn out on. Even world-class players complain about it. But, if you’re a great player, you should be drawn out on much more often than other players. Why? Because you usually have the stronger hand to begin with. In fact, if you always started with the best hand against an opponent, then every single time you lost, you would take a bad beat. How else could you lose?

So, now you have new goals in poker…:

1. To have as many of your losing hands as possible be bad beats, and
2. To never complain about it.

Caro has an easy sense of humor. I love this story he tells:

Most of the tables I sat in during those [World Series of Poker] events were friendly — giving me something to work with from the get-go. But some were as quiet as a horror film before the crazed killer jumps out from the closet. Dead serious players. I hate that. So, immediately I went into action, engaging players in conversations and announcing, ‘This is the quietest table I’ve ever been at, which is a sure sign that some players here are taking a hundred million dollars way too seriously.’

Who’s the stupid one?

I like Caro’s bold take on the common advice about not tapping on the aquarium:

Chastising opponents for playing bad is stupid. In fact, in every case ever recorded in the history of poker, it’s a whole lot more stupid than the play being chastised.

One of Caro’s most commonly repeated themes is the importance of keeping the game light and fun for everyone. To this end, his writings contain many examples of things you can say in specific situations to prevent hurt feelings:

Question: Don’t players get upset if you make them feel foolish by tricking them?

Answer: Yes. You should never deliberately upset opponents.... So, immediately after you’ve tricked an opponent and won a pot, utter something friendly that indicates you were just having fun. I like to say things that suggest I played the hand badly and simultaneously enhance my loose image, such as, ‘I was hoping you’d call, because I’ve been out of line so many times. You’re way ahead of me overall, but I’m still trying the same stupid tricks.’ Just giggle and move on. Your opponent isn’t likely to be offended, because you’re talking about your bad plays, not how superior you were with this one.

Let me close with what Caro calls “poker’s most important secret.” It comes from my favorite Caro book, and the one that I would most strongly encourage my readers to spend a few hours studying, Caro’s Most Profitable Hold’em Advice.

The secret is simply, ‘Play your best game all the time.’ It’s a secret that’s easy to acknowledge, but hard for players to follow, especially when they’re losing....

What kind of a secret is that? Everybody understands it already. Sure, but not everybody does it. In fact, almost nobody does it. That’s what makes it important.