What Does it Mean When a Player Voluntarily Shows a Hand? 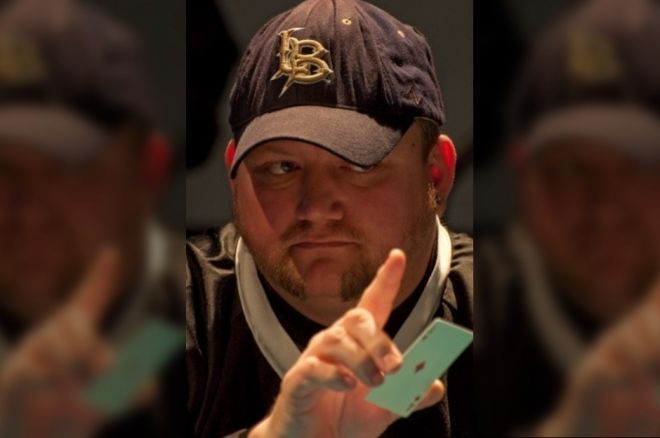 In poker, players potentially convey meaningful information with every action they perform. Often at the tables we are confronted with the hard task of telling truth from fiction in the information given off by our opponents.

Today I’d like to focus on one specific category of information that opponents give us — the voluntary show. I’m referring to situations where a player bets, others fold, and before being delivered the pot the player willingly shows his hand. Usually the winner in this spot just mucks the cards unseen, as there is no obligation to show. But once in a while the player will show one or both cards.

What should we make of this nugget of information?

As with most questions in poker, the best general answer is “It depends.” That’s not very helpful, though. Let’s see if we can pick out some of the factors that might be useful in decoding this data. To do that, I’m going to divide the voluntary show into four categories, each defined by the intentions of the player who without having to decides to show his cards.

1. The Voluntary Show as False Propaganda

We know that poker is a game of deception, so a lot of times our first instinct is to assume that any voluntary disclosure of information is false propaganda. Now, it’s not like an opponent is going to be sneaking cards out of his sleeve and showing you ones other than what he was actually playing. Rather, he is trying to use the true information of these particular cards to create in your mind a false generalization about how he plays.

On the first level of analysis, then, a player showing a bluff probably wants us to believe that he’s a frequent bluffer. Why would he want us to believe that? Because it’s not true. If he were genuinely a player who bluffs a lot, he would not want you to know it, because you’ll call more often, thus foiling his strategy.

Conversely, if the player shows a strong hand, he probably wants us to believe that he always has the goods. But, again, that’s unlikely to be so. It would be self-defeating to make that known if it were true, because a player who is consistently strong when betting wants calls, not folds.

This first-level analysis holds particularly well if a voluntary show is being made early in a tournament or cash-game session. This is usually a player trying to create a particular image, intending to play the opposite way thereafter. This is a crude and amateurish approach, because it’s pretty transparent, but it is quite common.

The obvious adjustment, then, when faced with a later close decision, is to be more inclined to call if your opponent has gone out of his way to convince you that he only bets his strong hands, and be more inclined to fold if he has tried to establish an image of being a frequent bluffer.

Simple, right? Well, not really. Several considerations arise to muddy these seemingly clear waters and create other categories of intentions for the voluntary show.

2. The Voluntary Show as Truth in Advertising

One reason why you can’t automatically assume players are trying to deceive you when voluntarily showing their cards is that certain players actually want to establish a true image of how they play.

Why would anybody do that in a game that requires deception in order to maximize profit? I can think of several reasons, including:

In all of these cases, the player showing his cards is actually trying to communicate the truth about how he plays, not trying to deceive.

3. The Voluntary Show Without Strategic Purpose

Meanwhile there are also players who have no particular strategic intention whatsoever in what they’re showing. These can include:

4. The Voluntary Show as a Targeted Message

Finally, you can also run into players who are being selective about their image. These will tend to be more experienced, sophisticated players. They are capable of projecting different images to different opponents simultaneously.

How is that possible? Well, these players know that even though their cards are exposed to everybody, the person who will pay most attention and remember most vividly is the one who had the most money invested in the pot before folding. That’s a simple but powerful psychological truth about the role that strong emotions play in forming memories. Such players, then, are primarily focused on making an impression on the last player who was left in the hand, and any effects on other players are secondary.

These deeper-thinking players are much more difficult to decode than those discussed above. It will usually take a lot more observation to figure out what thought process lies behind their show/don’t show decisions. However, I think the two most common patterns they’ll be using are these:

A player who shows his cards when he doesn’t have to is giving you information, but he is not giving you its interpretation. Getting that right is entirely up to you.

The Weekly PokerNews Strategy Quiz: Stacks and Towers of Checks I Can’t Even See Over