ALL the Very Best Facebook Games to Play in 2020 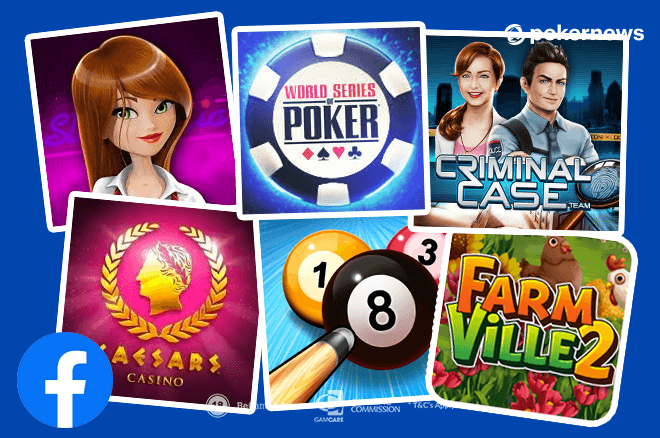 There are so many Facebook games to play in 2020 that it's hard to name what the best one us.

Some of the games you see on this page have reached millions of Facebook users already and continue to attract players with quality graphics and gameplay.

Some of them require logic, others rely on reflexes and quick decision making.

No matter the case, all titles here are worthy of your attention. Finding your favorite may take some time, but you’ll surely have enough choices to fill up your free time!

The comprehensive free-to-play app by Playtika gathers titles with an array of different themes. Be it fairytale-themed slots like Despicable Wolf or classic all-timers in the face of Rapid Fire, you’ll definitely find your match.

There are daily quests, level ups, and a ton of unlockable content awaiting.

You will constantly receive free chips from various sources – even if you like to bet on the big side, you’d still have enough to go on.

Slotomania runs smoothly on both desktop and mobile, making it among the finest additions to the Facebook apps family.

Among the best Facebook games in 2019 is another free slots app – Caesars Casino packs years of Playtika titles to satisfy even the most hardcore slot enthusiasts.

Again, all slots here are played with game chips, which means you won’t need to spend a single cent on them.

Beginning with Jackie’s Treasure and its Pirate theme, you can play Leprechaun Riches, Wild Howl, and a lot more popular titles there.

Just like Slotomania, there are quests and milestones to reach. Each of them boosts your account’s volume, and let’s face it – it’s incredibly fun to spin and gather collectibles all the time.

You can even invite your Facebook friends and compete on who gets ahead faster!

WSOP Poker is an excellent way to practice your Poker skills without investing anything.

The game revolves around the magic of the World Series of Poker.

You can enter tournaments and win bracelets for your collection. It’s fun, entertaining, and surprisingly realistic.

You’d also have daily missions to complete here – each of those brings you more chips to conquer the tables later.

There are Multipliers, Momentum, Active Effects, and more to contribute to playing this game seriously.

You can take advantage of Total Recalls for added chips while joining a Club serves as a leaderboard in the game. Upon reaching Grand Masters status, you’d be ready to take on WSOP events for real!

It would be a surprise if you haven’t heard of Farmville 2 yet.

The spotless 3D title emerged some years ago and has taken Facebook players by storm. The game developers have ensured enough room to explore even for the most dedicated virtual farmers.

Around 5 million players engage in a Farmville 2 session monthly. You can raise animals, harvest crops, cook delicious meals, and much, much more.

Being a free game lets users of all ages around the world play it seriously – the improved graphics and added quests make it a worthy ancestor of the original Farmville!

An easy to play RTS titles, with friendly, intuitive gameplay.

Social gaming for strategy enthusiasts surely looks better with this title in play. You can build a town center and various other buildings, train an army, and then fight against opponents from around the globe.

The visuals are so well-designed, you’d enjoy every battle to the maximum!

This one is pretty straightforward – you build a village, gather a clan, and enter glorious clan wars with other players.

With 10 million monthly users on average, you’d never run out of opponents to beat. Fighting other clans, reinforcing your fortress, or simply gaining allies – all of that is presented with great graphics and smooth gameplay!

Going back to Casino-related content, Zynga's Hold 'em is among the most advanced Poker games on Facebook.

Be it to test your skills or just rumble for chips, the app is designed in line with Poker variety and official rules. You can complete quests and milestones, sit at High Roller tables, and measure your expertise with a ton of other players.

You can engage the game comfortably at home or on the go, as it is compatible with all mobile devices.

Criminal Case brings crime solving closer to online users. If you always guess who the murder is while watching a thriller on TV, this title might be your new favorite.

Following CIA and FBI patterns, the app allows you to slip into your detective self and catch bad guys without leaving your chair. You can gather in-game currency and upgrade your tools and engage exciting quests at all times!

Another crime puzzle game, NCIS: Hidden Crimes relies on your sharp mind to keep moving. The game is serious, with realistic graphics and incredibly hard cases once you reach the higher levels!

Drifting away from Casino games for a bit, 8 Ball Pool is arguably the best pool app on Facebook at the moment.

Aside from the 10 million monthly users, the game packs amazing graphics and playstyle. You can choose to aim at your own or use a helping indicator up to an extent.

Even if you haven’t played pool in your life, the rules are well explained and easy to follow.

You can level up, challenge random opponents, or gather some friends and launch the app for a friendly competition. Either way, the title comes highly recommended!

Solving various puzzles requires a sharp mind and quick fingers. You’d have access to the first few levels freely – defusing bombs and matching candies don’t come funnier than that. Once you invite friends to join you, you’d be able to continue on your quest to the higher levels.

Trivia Crack is simply an all-around question-and-answer game. You can challenge your Facebook friends and dive into a pool of endless knowledge. The game offers six sections to play in – Arts and Literature, Entertainment, History and Geography, Sports, Science, and Technology.

Be it for fun or to truly decide which one is the smartest of them all, the game deserves a try!

Sports, strategy, and countless efforts to become the best. If those sound like your game preferences, Top 11 Football Manager is the right fit for a competitive game session.

Reaching the top of the leaderboard doesn’t come easy with this one.

From acquiring and training players to playing against the toughest opponents in real time, the app will keep you occupied. Try it out if you’ve always wanted to lead a football team to the greatest of victories!

One of the most simplistic, yet satisfying, Facebook titles of all times.

Glow Hockey resembles the renowned Air Hockey game – you aim to score in your opponent’s goal whilst defending from their advances.

It is the true definition of a time-killer game. Of course, you can challenge your friends and become the best glow hockey player in the neighborhood!

Going back in action game history, Hero Wars is a remastered 2D fighting game for iOS and Android.

You are a noble hero, trying to save the so-called Guardians from evil demons and spirits. It is easy to play and advance in, so you won’t spend hours just to beat a level. If you love entering swift battles from hour to hour, this is a great pick to consider.

A classic example of an FPS title, Global Strike is a respectable shooter app.

Real-like weapons, detailed environment, and multiple game modes keep variety high in this one. The app runs lightly and it can be launched directly through a browser. There are app games with better graphics, but GS fits on all types of mobile devices, be it old or new.

Battling other players isn’t as entertaining as Hearthstone, for example, but the game has its plus sides. For instance, it runs so lightly, you could probably play it on a 10-year-old smartphone. In summary, check it out if you crave an old-school card game experience.

Agent Elf is the sole definition of an endless runner to play on Facebook. If you’ve ever played such a game (or have been left without an Internet connection), you’d know the aim of the game. Run as fast as you can handle, go over obstacles, and gather multipliers for your progress.

The graphics are neat, you’re wearing shades, and everything seems so light, you can almost feel yourself flying.

Another endless runner game, Subway Surfers is an advanced version of Agent Elf.

You’re a cool kid, running away from an inspector while jumping over trains and other obstacles. The animations are truly mesmerizing, and you can run in 3D, gathering coins and reaching harder levels. One of the best Facebook games in the genre offers game-related events, taking place at different times – those grant you bonus features and added content.

Monster Legends has become somewhat of a classic nowadays. It’s a multiplayer RPG, where your only goal is to raise a monster strong enough to defeat your enemies.

Each creature has different abilities, and you are free to enhance them however you like. Level up your toothy army in order to smash even the most powerful of opponents. Battles are turn-based, you can use items, and even return to a field after upgrading your creatures.

As goes for free games to play with friends, CSR Racing is a top-notch choice.

It features a series of drag races to explore alone or with opponents. The more you win, the more vehicles you’d add to your collection.

Upgrades are in place, such as nitrous oxide, massive engines, and better tires.

Be it a story-related session or random PVP races, you’ll have fun with this one.

SimCity BuildIt reveals a whole town to develop and make into yours. It looks like a classic SimCity title, but includes elements from Farmville and other popular Facebook games.

The main target for your characters is to gather resources and use them to build different constructions. Wood, steel, plastic, lumber, nails, and more are up for grabs for your factories, commercial stores, and residential buildings.

MMA Pro Fighter is primal, intense, and aimed at a full-on fighting brawl for the Championship belts.

You can choose to play versus strangers or invite your friends to try it out. Fighting simulations in the app are realistic and extremely engaging. You are free to customize your character, train, and challenge more powerful opponents to test your progress.

A more advanced version of Candy Crush, this one hits players with harder puzzles and shorter time frames.

It’s perfect for short gameplay sessions, but prolonged play may make you dizzy. Nonetheless, this doesn’t seem to stop over 120 million monthly users. You can battle all of them while chasing the highest possible score on each puzzle!

Played by over 12 million users, Mob Wars opens the door to exciting mob-themed events on your smartphone.

You can join a crime family, do dirty jobs, board airplanes, and engage in full-on crime boss battles. There are bounty rewards for valuable characters and players, as well.

The Best Social Casino Games to Play in 2019