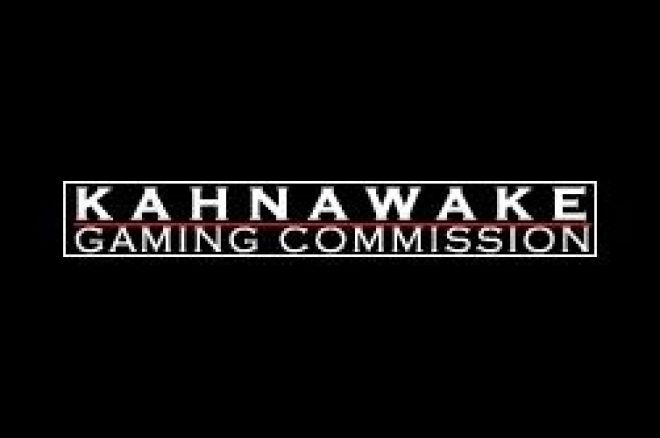 In a release issued late on Monday afternoon, the Kahnawake Gaming Commission announced sanctions imposed as a result of the insider cheating scandal at UltimateBet. Named specifically in the announcement was UB official Russ Hamilton, described by KGC as an individual associated with UB's affiliate program. The KGC cited "clear and convincing evidence" and stated that it is contact with the "appropriate law enforcement agencies" regarding the prosecution of those involved with the cheating scandal.

In addition, the KGC announced that a $1.5 million fine has been levied against the company, and that further refunds of player funds stolen from other customers shall commence no later than November 3rd, 2008. In total, the KGC sanctions included six separate elements, which appear in the entirety of the release below.

Dozens of different screen names have been identified in connection with the cheating scandal, which covered an extended period of play on the site from May of 2004 to early in 2008.

Further inquiries to KGC confirmed that these are preliminary findings, and that a final determination will be released at a future date. Per a KGC source, the preliminary report produced by auditor Frank Catania and his team was sufficient for the Commission to take the necessary steps, as it was stated, to protect the online player community.

The complete text of the statement as issued by the Kahnawake Gaming Commission follows:

(MOHAWK TERRITORY OF KAHNAWAKE – September 29, 2008) Kahnawa:ke Gaming Commission ("KGC") Chairman Dean Montour today announced the initial findings of the audit conducted on licensee Ultimate Bet, as well as the sanctions to be imposed.

According to KGC Chairman Montour, the Commission has reviewed the information provided to it over the past months from Frank Catania of Catania Gaming Consultants of New Jersey; Gaming Associates, an Australian game testing company; and the permit holder. Chairman Montour said, "The Commissioners have made several findings of fact with regard to the cheating that occurred on the Ultimate Bet web site that included the identification of some of the individuals responsible for these incidents as well other significant violations of the Kahnawa:ke Interactive Gaming Regulations."

The Commission found clear and convincing evidence to support the conclusion that between the approximate dates of May 2004 to January 2008, Russell Hamilton, an individual associated with Ultimate Bet's affiliate program, was the main person responsible for and benefiting from the multiple cheating incidents. Furthermore, the KGC is currently in contact with the appropriate law enforcement agencies and intends to fully cooperate in the prosecution of all individuals involved in the UB cheating incidents.

Mr. Catania states, "My intention is to provide further information as it is uncovered, although the information already submitted to the KGC relating to Ultimate Bet warrants the KGC taking the actions it has today. Any further evidence uncovered with regard to cheating, withholding or destroying records in our continuing investigation will be reported to the KGC and the proper agency for appropriate action."

As a result of the KGC's findings of fact, the Commission called a special meeting, at which time it was unanimously decided to impose the following sanctions against Ultimate Bet:

1. Ultimate Bet is directed that by November 3, 2008 it shall, under the close supervision of the KGC, its employees and agents, commence refunding all players accounts found to have been adversely affected by the cheating of individuals under the control and supervision of the licensee. It is estimated that Ultimate Bet has to date reimbursed $6.1 million USD to players' accounts found to have been adversely impacted by the cheating activity

2. Ultimate Bet is directed that by November 3, 2008 it is to remove any and all persons deemed as "unsuitable" by the KGC from all involvement with the company, which shall include all levels of ownership, management and operation. Ultimate Bet during that time period until November 3, 2008 is required to continue to provide complete details of all day-to-day operations of the company. These shall include financial as well as daily gaming records to Frank Catania and or his assigns. It is anticipated that this action will provide full disclosure and prevent any further improprieties or wrongdoing from occurring while ensuring that the public is being offered fair and honest games and all player monies will be protected.

3. Ultimate Bet's control system as defined in section 9 of the Kahnawa:ke Interactive Gaming Regulations has been modified to prevent any further incidents of cheating or related improprieties.

4. Ultimate Bet will not delete or modify any logs including but not limited to web logs and game logs as required by the Kahnawa:ke Interactive Gaming Regulations and will continue to have those logs immediately available for inspection by the KGC or its agents.

5. Ultimate Bet shall immediately pay a fine of $1.5 Million USD to the KGC for its failure to implement and enforce measures to prohibit and detect fraudulent activities.

6. Ultimate Bet's failure to comply fully with these measures will result in the immediate revocation of its KGC gaming permit.