Pro Blogs: A Passion for Poker by Alec Torelli 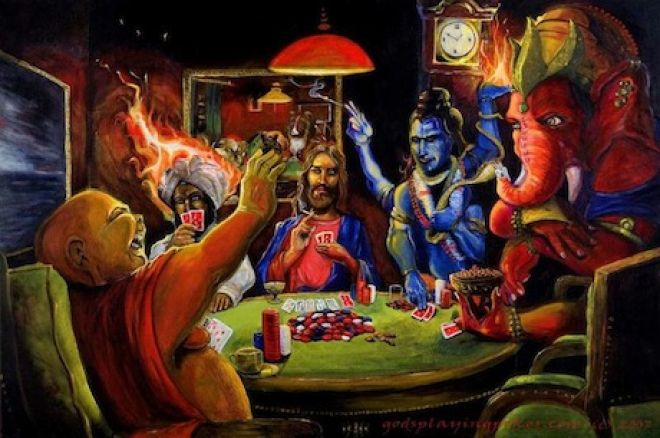 Alec Torelli's latest blog focuses on finding a passion for what you do.

A Personal Story: Now and Then

Two events significantly changed poker: UIGEA and Black Friday. When an industry suffers two asteroid impacts, only the strong survive. Thus, it’s no surprise that the games have gotten a lot tougher to beat.

Old school pros have been run down by a new breed of Internet wizards; ones who have done the work, know the numbers and are hungry to be the best.

Last week I played the PartyPoker Big Game in Vienna. I had the unfortunate challenge of playing with some of those players. Sam Trickett, Phil Laak, JP Kelly, Daniel “Jungleman” Cates and Andy Moseley. It was the toughest lineup I’d ever faced and I often felt outclassed. Many times I shook my head or tapped the table and thought, “they’re simply too good.”

While playing in those lineups is tough, one learns a lot about the game and themselves. Here is my view and some advice on what it really takes to make it.

The Problems: Ego and Apathy

This would be an interesting stat: Of those who play poker, what percent of people think they are winning players and how many actually are?

In a study, they found that on a scale of one to 10, the average person believes they are a seven in both driving ability and physical attractiveness. From a survival standpoint, this makes perfect sense.

The reason that we delude ourselves is that it helps us to procreate. The more confident we are the better chance we have of finding a mate. Put simply, our natural inclination to overestimate our ability is embedded into our genes.

A proud ego has its uses. In poker it’s needed for us to recover quickly and remain confident in the midst of a bad streak. It also helps us to play without fear and trust our reads. It also has its dangers. It can blind us to our mistakes and allow us to attribute bad play to variance. It also lets us overestimate our ability and underestimate the competition, resulting in poor game selection and bad judgement at the table.

Poker players are notoriously lazy. With nobody to boss us around, it’s easy to let everything slip. The going mindset is: why work when we can play? This mentality is costly, and if we’re not careful, our eating habits, exercise, sleep patterns, and balance will completely derail.

Apathy gets the worst of us when we are losing. It’s too easy to blame misfortune for our troubles and attribute success to skill. We don’t care to improve because we believe we are already “good enough.”

Worse, many of us are stuck in the past. We still remember the game where we could drink our brains off at the night club and wake up and print money online. I’ll speak from experience, don’t let going broke be the wake up call.

For the poker player money and success has always been easy come, easy go. We don’t place much value on either, and being broke isn’t such a problem when one big score can put us back on the top. In this mindset, we don’t bother working to improve our game, but idle while waiting for our luck to turn.

The poker player gets his ego fed with a single tournament victory. The media, peers, and casual fans praise the victor for his amazing play and heroic effort. He is never hailed, however, when he loses the coin flip that would have gotten him to the final table.

This biased and sometimes false sense of success can temporarily blind us. When the average pro plays 50 tournaments a year, maybe 10 of which are major ones, that variance can last a lifetime.

While one’s success in tournaments is highly contingent on luck, it’s not cause to worry. One can choose to play deep-stacked cash games where the edges are greatest and the long run is realized much faster.

For all one’s skill on the felt, ones success as a professional is disproportionally weighted toward the other areas of his life: bankroll management, game selection, taking breaks, sleep habits, wellness, balance, fear, being mentally able to handle the game and, most importantly, work. In other words, being skilled at poker is not nearly as important as being a skilled poker player.

Lastly, we mustn’t forget the basics of economics — markets are extremely efficient. Whenever there are millions of dollars to be made, there will be people fighting to earn it. Worse, there is likely someone that wants it more than we do. And what’s to stop them from getting there if not us?

The Soulution: Work and Passion

A reporter once saw Tiger Woods hitting golf balls at night in the midst of a thunderstorm. When the man asked him why, he said, “You never know when you’re going to play in the rain.” Roger Federer, before his championship match at Wimbledon, was spotted watching the woman’s final. The reason is clear, he simply loves tennis.

Many athletes have natural abilities, but there’s a reason these are two of the greatest. They work the hardest. It is foolish to deny the astounding role that luck plays in poker, but more often than not, it’s skill, which manifests from a disciplined work ethic that prevails in the long run.

There is a way to work more efficiently without feeling like you’re doing history homework. Passion. When we find something we love to do, the challenge turns from pain to pleasure. It’s the zeal that drives us to make the sacrifices necessary to succeed. It’s the love of the game, not the end result that drives us. (Loving to sing versus becoming rich and famous). Without this passion we cannot reach our best.

We can force ourselves to work by locking the door to our room. We can even hire coaches, study or watch videos. But all the work in the world will only take us so far. When the task becomes difficult we quit. The passion that’s needed to overcome this hurdle is innate and must be natural, genuine. Find that and you’ll never work a day in your life.

*Lead photo "Gods Playing Poker" can be found at CafePress.com