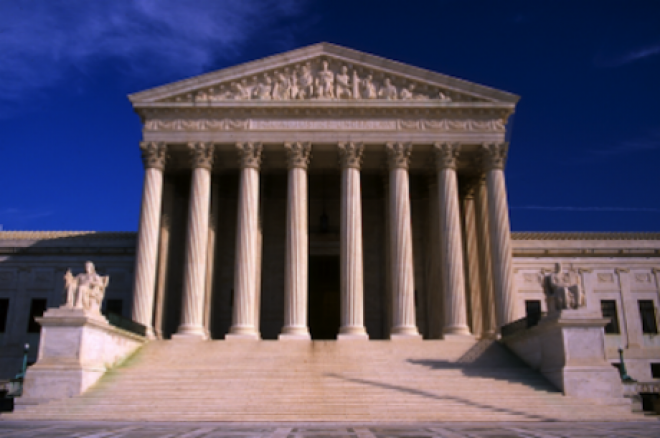 The quick signature was refreshing after New Jersey Gov. Chris Christie vetoed a similar bill last year, though there was never a doubt that Gov. Markell would sign legislation to make Delaware only the second state after Nevada to authorize Internet poker.

"It was the governor's bill," Delaware Rep. John Viola, who introduced the legislation, said in a phone interview. "They produced the bill. I just pointed some things out that should be looked at. It's their bus and I was just the driver."

Viola expects it will take about six months for the Delaware lottery to formulate the rules and regulations for Internet gaming and test the platform, projecting a January start date for everything to be up and running.

"I'd like to thank the legislators in both houses for their work to make this industry more competitive and keep so many people working," Gov. Markell said in an email statement.

Three racinos in Delaware, two publicly traded companies and one privately owned, will offer gaming websites under the jurisdiction of the Delaware state lottery.

Unlike in Nevada, Internet poker won't be the only gaming offered by these sites. Casino games and lottery tickets will be available, as well, making Delaware the first state to legalize full-scale Internet gambling.

"I think some states are going to want to take advantage of parts of what games can be offered but not all," Viola said. "We went full blown. You want to go online and play craps, poker, slots, buy lottery tickets, Mega Millions, Powerball. You're either in the game or out of the game. If you want to play, let's play. I think we're kind of on the forefront of Internet gaming right now."

The Delaware Senate passed the legislation by a 14-6-1 vote Wednesday, a month after the bill passed in the house. The Senate requires support from three-fifths of its members for passage, so the vote was close.

Gaming is a large part of the small state's budget, generating more than $250 million annually in state tax dollars compared to a state budget of about $3.4 billion. The new forms of gambling established by the bill are expected to generate an additional $7.75 million in revenues for the state in 2013.

An issue the Delaware racinos will have to overcome to create successful Internet poker sites is liquidity. It is the sixth-least populous state in the nation, though that could change if there is an influx of poker players looking to live in an online poker friendly state.

Viola said Delaware may be interested in joining with other states, perhaps neighboring New Jersey if the Garden State gets legislation passed later this year, to create a larger pool of players.

"I think interstate compacts are the next progression," Viola said. "I don't know of anybody seeking that at the moment, but I think that's the next move. I think it's coming and that we're not too far away from it. The nitty gritty is in the details — who gets what, when and how? Does each state get a percentage? Who knows? It's all something that they will have to wheel and deal."